(Monday, 08th February 2010 issue)
A historic performance by former Gambian international star striker Assan Jatta, who made his second appearance in the GFA league this season, gave the Bakau giant killers Steve Biko their third win in five league matches as he scored a hat trick to help Biko close gap on the leaders Gamtel who earlier in the week five fixtures eased past Bakau United to extend their lead on top of the table.

Bierhoff as he is widely called made his presence felt with two quick first half goals, one from a header and the other from a penalty shot to give his side an earlier advantage against the defending champions Armed Forces who are still struggling to replicate the form which saw them recording their second GFA league title with an impressive total of 44 points last season.

Biko started the campaign with two straight wins in a row but their hope of maintaining an unbeaten record was dealt with a hammer blow when they suffered a 1-nil defeat against Gamtel to drop to second place in week third fixtures.

The Bakau giant killers has made a dramatic come back to climb to the second place on 10 points to close the gap on the leaders with only three (3) points separating the two sides as Assan Jatta?s sensational hat trick help them recover from a frustrating moment in the later stage of the championship to register their third victory in five league matches.

The Gambia Ports Authority, who are currently in a destructive form, enjoyed a narrow 1-nil win against struggling Wallidan to secured joint position with Steve Biko, three points adrift of the leaders.

Elsewhere, Interior continued their unbeaten run in the championship after coming from behind to snatch a late equalizer to held Samger to a hard fought goalless draw at the Serrekunda East Mini Stadium on Sunday, thanks to Lamin Findi Jammeh's strike to cancelled a 63rd minute strike by the former U-17 midfield maestro Lamin Samateh. 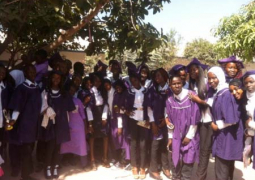 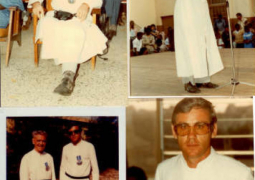