Following the announcement by the UK Home Office that the licence to sponsor and teach non-EEA students by the London Metropolitan University has been revoked, The Point visited its campus where both students and tutors expressed disappointment and frustration over the issue. But the government has its own reasons.
However, such decision will mean that foreign students studying in one of the most respected universities in the country have to look for an alternative institution, or may face removal from the country.
Dozens of West Africans are currently studying at the University, and the Conservative led-coalition’s plans have prompted students’ protests outside Downing Street against such decision.
Meanwhile, the university classes are continuing, as witnessed by this correspondent, who passed through both the main entrance at Goulston Street and Old Castle Street, and saw students coming in and out of the building.
One of the tutors who spoke to The Point briefly said, “You see for yourself...,we are devastated but the students are even more upset...”
So far, the university is not saying much, but posted a public notice, stating that it ‘regrets to announce that as at 8pm on Wednesday 29th August 2012, the UK Border Agency (UKBA) has revoked its Highly Trusted Status for sponsoring international student…’
It continued, further stating that ‘disappointingly, the UKBA has been unwilling to communicate with the University, despite the growing £10 million-plus hole their action has already left on our balance sheet...At this time, our concern is with our students to inform and assist our international students and applicants, who have put their faith in our institution. The University has set up a Help Centre to support and advise students’. Certain economics professors and some critics are currently appealing to the government to reconsider the matter, taking into consideration not only the impact on foreign students, but also the economic aspect of it. International students are currently injecting millions of pounds into the UK economy.
Already, Mark Allan, chief executive of student accommodation provider Unite has appealed to the Home Office to reverse its decision.
In a communiqué seen by The Point, it reportedly announced that the ‘government was at risk of sending the wrong message over its attitude to overseas students wanting to study in the UK’.
Considering the dimensions of the issue, he added that there is a ‘balance between the pressure on the UK Border Agency to be seen to be doing something about immigration...and the real value that UK universities can bring to the economy as an export industry...I would hope that would translate into the risk being managed properly’.
Immigration Minister Damian Green said: ‘The UK Border Agency has been working with London Metropolitan University for the past six months.
“However, the latest audit revealed issues with 61 per cent of files randomly sampled... Allowing London Met to continue to sponsor and teach international students was not an option... These are problems with one university, not the whole sector. British universities are among the best in the world – and Britain remains a top class destination for top class international students...’
Interestingly, some legal professionals are already saying that ‘there may be a legal issue in the matter’. 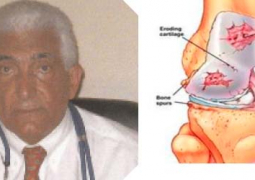