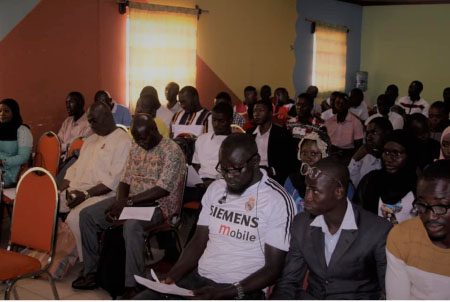 The forum was held on the theme: Impacts of Armitage on the socio-economic development of The Gambia, as the first high school in the country.

Hassoum Ceesay, Director General of National Center for Arts and Culture (NCAC), who was a one-time student of the school said Armitage was established in January 1927 by Governor Sir Cecil Armitage, who he said the school was named after.

Armitage is located in Georgetown, Janjanbureh and have been in existence for about 90 years since its establishment.

Mr Ceesay said there was never a time when the school catered for solemnly the sons of chiefs as it is a popular belief that Armitage was meant for ‘sons of chiefs.’

Sainey M.K Marenah, a former student leader and the current head of communications at the Constitutional Review Commission (CRC) said the forum was meant to reflect on memories and successful students from the school.

He said his experience at Armitage was a turning point in his life, adding that the beauty of Armitage is the strong bonds that exist amongst its students. ‘‘Boarding schools are trouble free and make you independent, social, and very responsible person in life,’’ he said.

Michael Hamadi Secka, also an ex-student of the school described Armitage as a model for every student who passes through it, saying that the school is known for its academic potential, identity, humanity and physical development.

Madi Mangan, an economist a former student of the school described Armitage as a main source of education to rural children.