The Gambia Armed Forces team, that won the last edition held in in 2007, are expected to fly to via , where they will join other seven countries from the sub region for the championship slated from .

Ten countries were expected in championship but only 8 have confirmed their participation namely , , , , , , and hosts Guinea Conakry.

The Gambia Armed Forces under the guidance of Coach Alhajii Sy, are set to  prove the critics wrong after a disappointing performance in the 7TH  African Military Football Cup (CAMFOOT) held in  Kampala, Uganda in December last year.

If their present performance in the ongoing GFA first division league is some thing to go by, Gambia Armed Forces team can surely retain their title come April 15 when the championship will wrap up.

Armed Forces are presently leading the GFA league table with six points clear at the top of the table following their deserved 1-0 victory over Real De Banjul on Sunday in their last first round matches. 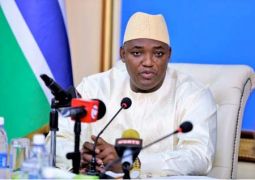