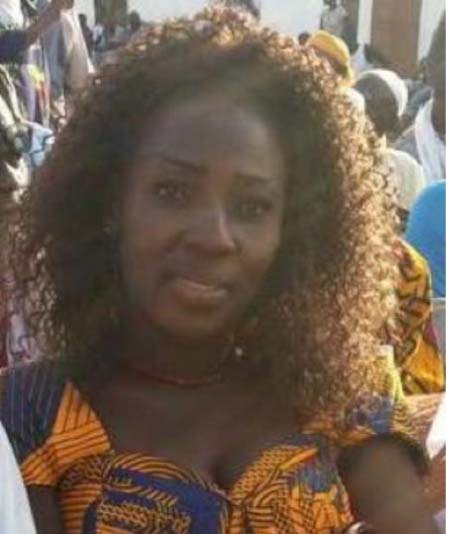 The Director of Public Prosecution (DPP) S.H. Barkun yesterday amended the bill of indictment by bringing a fresh charge of conspiracy against April 14 alleged demonstrators, before Justice O. Ottaba of the Special Criminal Court in Banjul.

The state prosecutors also added seven new names to the bill of indictment which included three women, Nogoi Njie, Fatoumatta Jawara and Fatou Camara, who were taken to court as part of the accused persons.

They are now charged with seven counts of unlawful assembly, riot, incitement of violence, riotously interfering with vehicles, holding a procession without a permit, disobeying an order to disperse from an unlawful procession and conspiracy.

DPP Barkun then informed the court that he had an application to make, which was to amend the information before the court.

“The genesis of the amendment is to add seven accused persons and an additional charge of conspiracy. The accused are numbered from 19 to 25,” the DPP said.

“We have no objection, it is their right to amend,” replied Senior Counsel Gaye.

The trial judge granted the amendment, and asked for the amended information to be read to the accused person to take their plea.

Counsel Gaye then said they did not have the amended information, but the DPP said he had filed four copies.

Counsel Gaye again said each of the accused had a counsel, and under the rules of the court each accused was entitled to a copy.

However, the DPP said serving them with a copy was complimentary and not mandatory, adding that the accused were jointly charged so their counsel could share the copies.

The trial judge ordered the DPP to serve the defence with copies of the amended information as this was a criminal trial.

The charges were read to them, and they all pleaded not guilty to the charges.

At that Juncture, the DPP asked for an adjournment.

Counsel Gaye said that before talking of dates, there are certain things that needed to be addressed with regard to the additional seven names that had been added to the charge.

He also said they are not making anything new, and that they could file their affidavit on Thursday.

The case was then adjourned until 11 May at noon for ruling on bail application. The bail application for the seven accused persons was deemed adopted if same was filed and served.

Meanwhile, both the state and the defence adopted their briefs of arguments on the bail application before the court.

In adopting the applicants’ brief, Senior Counsel Gaye said they wished to adopt their briefs dated 25 and 26 April 2016.

“I wish to respectfully urge your lordship to grant all the prayers in the motion and admit the applicants to bail,” he said.

Senior Counsel also informed the court that they had filed their reply on points of law.

DPP Barkun said the respected briefs on argument were dated 3 May 2016 and filed on the same date, and he urged the court to refuse the bail application.

The trial judge adopted their briefs and adjourned the case accordingly.

Jealousy as a monster