The Ansarudeen Federation in on16th July 2010, render a handsome donation to the Ministry of Education, in a form of computers, chairs and desks.

The presentation which took place at the Independence Stadium in Bakau, was graced by some prominent religious scholars.

Speaking at the presentation ceremony, Alhagie Bi Sainey Secka the PRO of the association highlighted that this is the third time of the federation donating in the country.

He disclosed that in 2006 they equally donated chairs, computers and desks to the education sector and in 2007 they donated RVTH with medical equipment. He further pledged that the federation would continue to give a helping hand in certain key areas.

For his part, Adama Jimba Jobe, Director of Science and Technology, Ministry of Basic and Secondary Education, thanked the federation on behalf of the ministry for the gesture.

He added that government alone cannot do it all and further stated that the donation is timely.

While assuring the donors that the items will be put into good use. 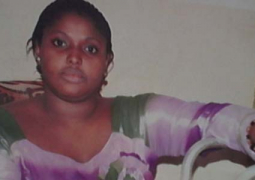