For some of us who know the relationship between Dr. Henry Carrol and the media, it came as a surprise and shock to hear him making an unwarranted attack on the journalists of this country, whom he said lack training to call themselves journalists.

Dr Carrol who uses words as gutter journalists who impersonate journalists, said the Gambian journalists lack the necessary training to call themselves journalists. True as it may be, we are pleased with the response of the president of the Gambia Press Union (), that the best journalist in the world does not go to any formal school of journalism. But for us, what is responsible for Dr. Carrol's change of heart against the journalists of this country? For us at The Point here, we can vividly remember Dr. Carrol with his walking stick and his laurels walking into our offices with his own so-called prepared press releases after attending an international workshop or a paper he has delivered at a seminar or workshop no doubt to publicize himself. And we are sure this has been the case for other media houses too.

Is Dr. Carrol trying to tell us that he was not aware that the media houses that he took his press releases for publication are journalists who lack proper training? Or is it that Dr. Carrol is no more enjoying the publicity that he used to enjoy at our various media houses, that has made him make such attacks? It is true that Gambian journalists who are practising the trade find themselves from the classroom to the newsroom, when one travels in the sub-region and compare the level of professionalism to that of the Gambian journalists and these countries that have journalism training institutions, you will realise that despite not having a school of journalism, the young media professionals in this country perform not badly in terms of ethics and responsible and objective journalism which are the hallmark of the trade.

Rather than criticising journalists who are toiling day in day out informing the populace, what Dr. Carrol should do is to encourage the government he is serving to put up a School of Journalism in the country rather than using platforms to launch attacks on the media fraternity.

Mr Carrol should look before casting stones, as the stones he cast might revert to shatter his own dream house. A word for the wise, it is said, is usually sufficient.

"He who allows himself to be insulted, deserves to be." 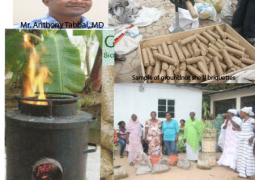