The Scorpions of The Gambia have a very important mission this coming Saturday.

Their mission is to capture three points from Morocco on Saturday 2 June 2012 on home soil as part of the first leg of the 2014 FIFA World Cup Qualifiers.

It is only by doing so that Gambian’s hopes of qualification for the World Cup and African Cup of Nations can be kept alive, as this important game is coming after the Scorpions last game in against Algeria in the Nations Cup qualifiers in Banjul, which they lost by 2-1.

Be that as it may, the first leg of the Algeria game is behind us now. The next encounter is the one against Morocco on Saturday here in Banjul.

Ahead of this game, we hope that the boys will tighten their belts, seize their goal-scoring opportunities and come home with a victory.

This is a legitimate hope on the part of the Gambian public. The team must realise their position in the race for qualification.

It is a tough assignment and sacrifice, but one they must make to make up to the nation for the failed promises over the years.

But again it must be said, as we have said before, that for sure success, a big onus is on the supporters to play their role.

If the boys are to produce their best, then the supporters must play their part, and play it well. With sound support, the players can produce even more than their best. This is what we want to see happen starting with the Algeria match.

Again we want to remind supporters to help the organisers by being orderly, disciplined and generally positive.

We should all remember that we are now under the spyglass of the international football authorities, FIFA and CAF, and should prudently avoid financial sanctions as were inflicted on us during the Gambia-Algeria match in the year 2007.

On that occasion, we recall that the Disciplinary Board of CAF imposed a fine of $ 10,000 on The Gambia on basis of what was found to be unruly behaviour of Gambian supporters, as well as offensive conduct of some of our players during the 2008 African Cup preliminaries against this same team, Algeria, here at the Independence Stadium.

If our crowd comportment in our matches over the past two years is anything to go by, we should not fear sanctions, but rather expect praise from the authorities. But we must be vigilant all the same.

Furthermore, in our own interest, we should protect ourselves against heat exhaustion by reducing exposure to the sun by, for example, wearing straw hats and carrying enough water and even salt and sugar to prevent dehydration.

This is a must win game.

“I don’t know any other way to lead, but by example.” 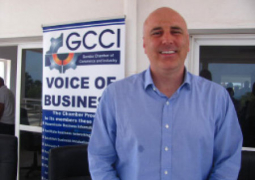