An Ex-Convict In Trouble Again

Sarjo Jallow, an ex-convict was recently convicted again by the Brikama Magistrates' Court, presided over by Magistrate Effem for stealing two cocks.

He was convicted and sentenced to a fine of D2500, in default to serve five months in prison.

According to the facts of the case as narrated by the Police Prosecutor Ceesay, it happened on 8th September, 2009, at . He said while the complainant, one Lamin Njie was in his house, he heard some noise around his compound and as he came out to find out, he saw the convict holding the cocks.

According to him, the convict was trying to jump over the fence to escape when he shouted for help and there then the convict was apprehended with the help of the neighbours and taken to Yundum Police Station where a photo was taken with the cocks before he was cautioned and charged with the offence committed. 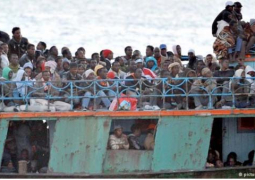