Amnesty International, a human rights organisation with a global movement of 2.2 million people in more than 150 countries and territories who campaign to end grave abuses of human rights, has called on the Gambian government to incorporate international human rights law and standards into national laws and to cease the use of torture in detention and extra judicial executions.

This is contained in its latest report on The Gambia, which documents what it termed as human rights violations that have taken place over the past two years. It also called on the Gambian government to release all those detained without charge and to protect the access of all Gambians to a free and impartial judicial system.

Among others, the Amnesty International report highlighted issues ranging from rights to fair trial, absence of adequate remedies, unlawful arrest and detention, enforced disappearances, and torture and ill treatment in detention.

According to the report, Amnesty International urges the Gambian government to comply with the order handed down by the ECOWAS Community Court of Justice in June 2008 to release Chief Ebrima Manneh from 'unlawful' detention without further delay and pay US$100, 000 in damages.

The report also recommended to the government to organise full reparation, including compensation, restitution, rehabilitation, satisfaction and guarantees of non-repetition for the victims of torture and ill treatment, unlawful arrest and detention, extra-judicial execution and enforced disappearances.

It also urged ECOWAS and the African Union to publicly condemn instances of human rights violations, including arbitrary arrest, torture, extra-judicial executions and enforced disappearances, which come to their attention, and address such concerns to Gambian authorities.

The report also urged the international donor community to strongly encourage the government of The Gambia to comply with the ruling handed down by ECOWAS Community Court of Justice to release Chief Ebrima Manneh. 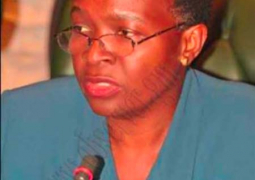