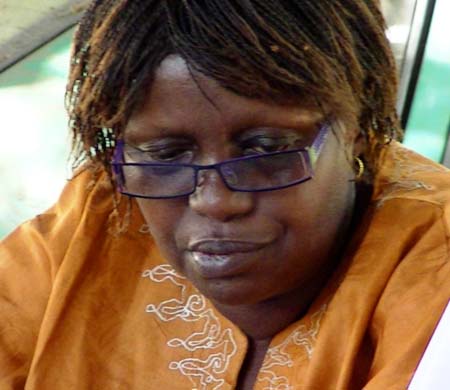 Below is the presentation entitled “A Law Ending FGM in The Gambia” delivered by Mrs Amie Sillah on the event marking International Day of Zero Tolerance to FGM organized by GAMCOTRAP in collaboration with No Peace Without Justice, Gambia Government and IAC CI-AF. It was held on 6 February 2016 at Friendship Hotel in Bakau.

The following is the full text of the presentation:

On 28 December 2015 lawmakers passed a Bill banning FGM/C and criminalizing the practice.

The Amendment to the 2010 Women’s Act states that a person who engages in Female Circumcision commits an offence and if found guilty of the act shall face imprisonment for 3 years or fine of D50, 000 or both.

Where Female Circumcision causes death, the penalty is life imprisonment.

Accomplices of those engaged in the act  will face up to 3 years imprisonment or D50, 000 fine or both; a person who knows that FGM is happening or about to happen and fails to report it is subject to a fine of D10, 000.

Human rights defenders celebrated but those who feel that their traditional values and beliefs are trampled under-foot still display stiff resistance in safe corners.

Laws are meant to be enforced .However, no female human rights defender would want to see another female in jail.  How are we going to get those who are resisting on board is the fundamental challenge we have to face.

FGM/C is an age long practice of people in many parts of Africa, Europe and immigrant communities in Europe and America. It is practiced by Muslims, Christians, Polytheists and Traditionalists and it predated Islam and Christianity.

Medical Science has given sufficient evidence to show its harmfulness to women/girls. The operation is done on babies, adolescent girls and older women.

Research has shown that sanctions against FGM/C are not the alpha and omega of everything. The practice requires civil, political, economic, social and cultural interventions from state and non-state actors to be addressed.

It is very unfortunate that the challenges of harmful traditional practices were not put in the forefront of the national agenda by state actors since independence. This is why those who revere the practice were gripped by shock when it was automatically banned. Obviously that urbanization and prosperous living standards had made many to abandon the practice, despite legal interventions and socio–economic development if people are not convinced they could go underground and do the practice.

A story was narrated to us during one of such symposia that an educated lady staying abroad had to visit the country before the ban to cut her daughters because it was illegal in her country of residence. How can we convince such people that cutting is harmful to their children?

Some other people could use peoples’ ignorance and go underground and tell them that they could reverse the trend if voted into office. How could we counter their distortions?

This is where intensive Information and effective Education and Communication are needed. This should start at the early childhood level. The Nyakoi Experience has shown that Anatomy and Physiology could be taught to small children at an early age to enable children to learn about their vital organs and how they function.  FGM/C Information, Education and Communication could be utilized in giving pedagogical training to ECD Communicators. The same IEC should be in place at all levels of the educational ladder, up to tertiary level. Such information empowers the youth with the required knowledge to make informed choices. If such initiatives were introduced since independence we would have gone a long way in the eradication of harmful traditional practices. The past is still with us that’s why the transformation becomes difficult in some quarters.

Media of all types need IEC to be empowered to transmit knowledge gained on the devastating effects of harmful traditional practices. If the media reporters or executives are not convinced, conflicting messages will be given to add to the confusion.

Research has shown ample evidence of the harmful effect of traditional practices .We should redouble our efforts in sharing such information with people who are yet to be on board so that they could be convinced beyond reasonable doubt that the practice is harmful.

The ex-circumcisers ‘Ngansimbalus’ should be empowered with scientific information and convinced to stop the practice without fear of coercion. The Dropping of the Knife (DOK) is ample evidence of the possibility of combatting the practice without using coercive methods. This method should be intensified to cover the whole country.

The recognition given to them in terms of Awards and economic empowerment through Grants-in-Aids, also by making them resource persons during in house training, workshops, seminars etc. and also workshops outside the country should be intensified.

The government should strengthen its health delivery system to cater for survivors of the practice who suffer from obstetric complications. Government should partner with National and international partners in this endeavor.

Other protagonists argue about losing our culture to outside influence. Urbanization and population increase has resulted in the movement of people and multiculturalism is the order of the day. Hence we must find ways and means of bringing up our children to have values and self -worth other than the Passage of Rite. Notwithstanding, certain ceremonies could still be maintained as it is being done and the initiates given more civic education to know themselves, their country and the world. They could be given human rights and democratic values of tolerance of diversity in a sovereign Republic.

With socio-economic development, uplift of people from ignorance, poverty and disease harmful traditional practices such as FGM/C, Early Marriage, Harmful Widowhood Rites will disappear from our country.