In pursuance of this noble endeavor, AmCham in its 2015 Global Entrepreneurship Week and Annual Business Dinner & Awards Banquet chose the theme: ‘’Celebrating the role of Banks in Entrepreneurship.’’

But the event did not only celebrate the banks, it evoked the urgent need for a shift in the current paradigm whereby our private sector seems to be docile over their responsibility in the much needed entrepreneurship development. It further harnesses The Gambia’s abundant social capital in this drive through the celebration and acknowledgement of the great contributions of The Gambia’s entrepreneurship role models.

Developing the entrepreneurial skills of our young people is not a responsibility that should be left only to the government, rather, it is an issue that calls for a concert of efforts; the interplay of the government, the private sector and individuals alike. Hence, in realization of this imperative, AmCham advocates a new paradigm that commits the private sector to this cause, and thus evolves the concept of ‘Corporate Entrepreneurship Responsibility.

This was affirmed by the opening statement of Mr. Abdoulie Touray, President of AmCham in The Gambia.

Mr Touray’s simple but brilliant and creative mathematics of small contributions and his economic theory of the ‘Multiplier Effect’, not only in the ‘cause’, but also in the ‘effect’. Sequel to this, Mr. Touray guarantees the private sector of a tremendous increase in their returns in later times if they invest in youth. Via this analogy, he gives credence to the potency of togetherness, and in the main, the need for a national solidarity in our achievement of the much desired human element development, corporate element development and our development vision for The Gambia. In fact, it has been proven beyond doubts that young entrepreneurs, once established, are particularly active in high-growth sectors.

Mr. Touray’s creative vision points to that of a ‘prophet’ of entrepreneurship skills building. In his prophetic vision, he foresees that Africa and the world at large will not know peace except when entrepreneurship is completely democratized with the full integration of the young generation of humanity. This is evident in the current worrisome ‘backway’ syndrome that is tormenting almost all aspects of God’s creation with mankind being the worst-hit. True to this, looking at the phenomenal youth-related menace critically, it is observable that the ‘backway’ tragedy of today’s humanity is even worsening our current sorrows from climate change, because the huge resources put in by the nations of the world in trying to stop the almost unstoppable back-way malaise, can do a lot of magic in diminishing the threats of climate change which seems to be one of the toughest scourges of humanity as at date.

Unless the back-way phenomenon is prevented, it cannot be stopped, because the worst fighter is the one who is desperate in his fights. So, Abdoulie Tourays’s Model, which I conceive as the ‘BAKS MODEL’ of Enterprise Democracy; giving our youths access to resources through involving them in the sphere of entrepreneurship will give them a strong sense of belonging, erase their frustrations and desperation, give them a sense of a secured future and in the main, making them cherished new partners and stakeholder in the current global resources distribution; will do a lot of good to humankind, because; insurgency will miraculously disappear, back-way migration syndrome will become a fact of history in our eyes, and humanity will have a stronger formidable force in fighting other growing threats such as climate change among others.

Worthy of note in regards to AmCham’s new paradigm is the Awards and recognitions component of Annual Business Dinner & Awards Banquet, which furthers the vital place of the private sector role models in supporting its call to the service of entrepreneurship development. The Award is an attempt to recognize and celebrate outstanding Gambian; Trailblazers, Pacesetters, Trendsetters and Leaders, in local entrepreneurship development among others. Celebrating entrepreneurship by providing role models helps the young people to identify and recognize local entrepreneurs’ positive role models and change-makers who can share their experiences and wisdom and thereby inspiring the young ones.

The selected Paragons for the Awards were indeed and in truth people who are models of excellence for others to aspire towards. Thus, it provides a viable channel to inspire more young people to consider entrepreneurship as a career choice.

The Award event apart from being veritable avenue for providing young people with inspirational role models, it provided them with information on how to take the next step towards turning entrepreneurial ideas into reality, while telling all young people in The Gambia and elsewhere not to be afraid of venturing in entrepreneurship. Most of the Awardees are successful young entrepreneurs who can serve as positive role models to our youth in order to inspire them to take actions. Many young people in The Gambia actually dream of being an entrepreneur, but often times, they hesitate to take action because they do not know any young entrepreneurs who have already succeeded in doing so. The AmCham Award hence aims to change that.

It is noteworthy that in most advanced societies, young social Change-makers and entrepreneurs are celebrated in the media and society, therefore, we also we need to move forward in The Gambia to celebrate and support our young entrepreneurs, as they can play a tremendous role in creating jobs and in contributing significantly to the economic and social development of the nation, as well as being partners both in progress and in the sharing of resources. This is a key strategy for a full democratization and instrument of peace-building.

Youth entrepreneurship has emerged as an attractive alternative to widespread unemployment, as it integrates unemployed youth into the labor market, tackles poverty through the creation of jobs, making them partakers in development and contributing to a better future for themselves, the humanity of today, and for the future generations.

It has been found that self-employed youth have higher “life satisfaction” and they are more likely to hire fellow youths, as a result, setting up fertile ground for further employment-creation dynamics.

Research studies have shown that self-employment by youth facilitated higher levels of transition into paid employment within three years compared to the transition from unemployment.

Therefore as the AmCham new paradigm preaches; enabling young people to start their own business activity and helping them to become successful takes them off the job market, possibly also generating jobs for others and it is a promising avenue for promoting formalization, as well as securing the future of humanity and its peace.

However, lack of the needed skills and opportunities means that a very high percentage of these youths are left out in the local and global development process, thereby predisposing them towards ways that pose serious threats to the human society.

But if we all give heed to Abdoulie Touray’s simple but brilliant and creative mathematics of small contributions from the private sector stakeholders, as well as following the wisdom of his economic theory of the ‘Multiplier Effect’, the tide will turn to the favor of our society and humanity at large. These bring to a clear light the imperative need for a paradigm-shift in the manner advocated by AmCham, The Gambia.

Mancini still hopeful of qualifying for the World Cup 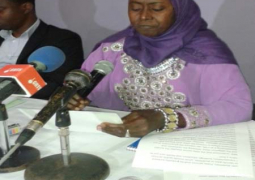