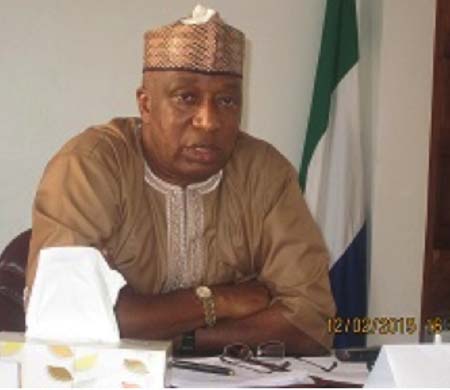 The Ambassador and the entire staff of the Sierra Leone Embassy in The Gambia have expressed their thanks and appreciation to President Yahya Jammeh for pardoning a Sierra Leonean national, who was serving a jail term.

Ex-convict Abdulai Kamara was among those pardoned by President Jammeh in observance of the 21st anniversary of the July 22nd Revolution.

Ambassador Daramy thanked President Jammeh for “his magnanimity in granting clemency to those serving jail terms in The Gambia, including one of my citizens.”

Visiting the embassy after being released, Abdulai Kamara referred to President Jammeh as “an extraordinary leader with compassion and love for humanity”.

“President Yahya Jammeh is a man of God I will ever live to remember and pray for. May the Almighty God continue to bless him and his family, as well as give them long life and good health as he leads The Gambia to prosperity,” he said.