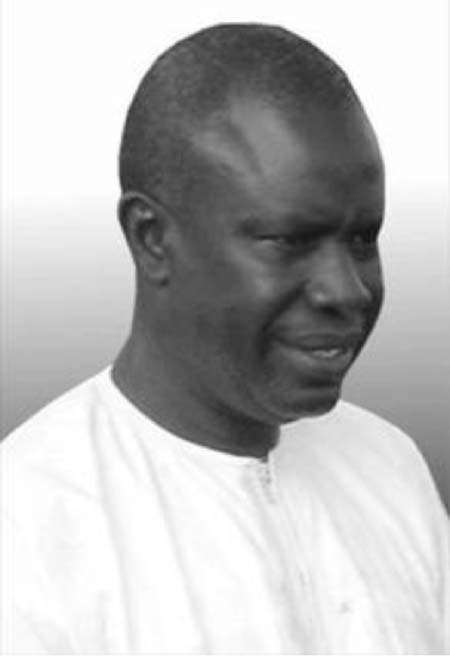 A supporter and financial contributor to the ruling APRC party, Amadou Samba, has advised incumbent president Yahya Jammeh to step down and handover power to the winner of the 1st December presidential election, Adama Barrow.

In a letter to Jammeh, who rejected the result and said he is not leaving power except there is a fresh election, Mr Samba said the “wisest course of action today” for the incumbent is to cooperate with President-elect Barrow for a smooth transition.

I am writing to reiterate my thoughts and advice as a Gambian citizen and a private businessman who has been participating in national development over the past 35 years.

On December 2nd 2016, Your Excellency graciously conceded defeat in a televised conversation to your opponent President-elect Adama Barrow. This noble gesture of yours was applauded around the world. It generated many positive references from newspapers and statesmen around the world including President Barack Obama and Secretary General Ban Ki-moon.

Since your statement of December 9th, many organisations including the UN Security Council, the USA, the EU, the African Union, ECOWAS, the Gambia Bar Association, the Gambia Chambers of Commerce and Industry, the Gambia Teachers Union, the Muslim and Christian Religious Leaders and others have all asked that you respect the choice that the Gambian people made on the December 1st 2016 elections.

Given the strong global reaction, it is important to reflect on the fact that the Gambian people have made their choice and the world community is strongly supporting this choice.

I write to affirm to you my conviction that the wisest course of action today is to undertake a process of respecting the commitment Your Excellency made on national television on December 2nd 2016 of cooperating with President-elect Adama Barrow for a smooth transition.

During my 35-year career as a private businessman, I have achieved many successes and endured many setbacks. I have been a supporter of the APRC from its earliest days.  I have freely contributed to many projects undertaken by the APRC Administration out of my own pocket. I did all these things because of my love for my country and wanting to work hard so that my children and grandchildren can grow up in freedom and prosperity for all Gambians.

It is out of this same sentiment that I implore Your Excellency to cooperate with President-elect Adama Barrow for a smooth transition. I also urge you to cooperate your fellow ECOWAS presidents and members to ensure that peace and stability shall forever reign in our motherland.