Kalilou Manneh, a resident of Bundung, in the , was recently granted court bail of D2, 000, by the Bundung Magistrates’ Court, presided over by Principal Magistrate Fredrick Foster.

Kalilou Manneh, who denied the charge, was accused of stealing a radio CD player valued at D2, 000.

According to the particulars of offence, in September 2011, at Bundung within the jurisdiction of the court, the accused, Kalilou Manneh, stole one radio CD player valued at D2, 000, being the property of one Momodou Jallow and thereby committed an offence. 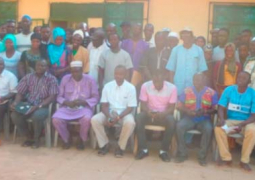