One Alieu Sillah was on Wednesday arraigned before Magistrate Jallow of the Kanifing Magistrate’s Court, charged with housebreaking and stealing.

Sillah pleaded not guilty of the charges and was granted court bail of D100,000 with two Gambian sureties with national ID Cards, who must also be residents of the jurisdiction.

According to the alleged offence on count one, the accused, Alieu Sillah, on 15 April 2011, at Kanifing South, broke into the house of one Omar Njie, with the intent to commit a felony, therein to wit stealing.

Count two revealed that the accused on the same date and place stole from the house of the said Omar Njie physical cash and some items, totaling D106,550, being the property of the complainant, Omar Njie.

Police Prosecutor CPL 2118 Gomez informed the court that he was applying for an adjournment to enable him to call his witness.

The prosecutor’s application was granted and the case was adjourned till 14 July 2011.

A Lot Done, More to do 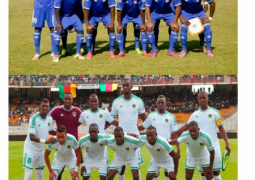