According to the prosecuting officer, first class 2294 Lamin Jammeh, the complainant Demba Jallow is still at the Royal Victoria Teaching Hospital (RVTH). He adduced that when he went to see the complainant at the hospital, he was in a very serious condition. He therefore objected bail to be granted to the accused person.

It could be recalled that on the 17th June 2009, at Brikama Tiatanic Bar, the accused Yaya Jammeh allegedly stabbed one Demba Jallow three times in the stomach and thereby causing him grievous bodily harm. 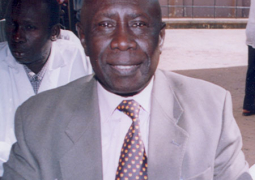 14 Cuban Doctors End Tour of Duty in The Gambia