However, the matter could not proceed as the accused's defence counsel Edu Gomez was not in court.

According to the Police Prosecutor 1260 Alhagie Colley, he was informed by the accused's defence counsel Edu Gomez that he was engaged in state matter and therefore applied for the case to be adjourned. The application was granted and the case was subsequently adjourned to 13th August 2009.

He was granted court bail in the sum of D3000.000 with three Gambian sureties, with landed property within the Western region. 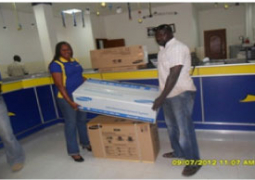