Sowe told the court that he is a police officer attached to the Mobile Traffic Unit in Kanifing, and recognized the defendant.

Sgt 1862 Sowe recalled that on 12 January 2014, he was on duty in the charge office when he received a radio message from Kairaba Police Station that an accident occurred along Senegambia highway involving two drivers.

He visited the scene of the accident where he asked for the two drivers of the vehicles involved in the accident, but only found one Mr Nyabally, the first driver.

Nyabally told him that the defendant, Baboucarr Sambou, had gone to the hospital with some police officers, he said.

He waited for a while and then proceeded to make a sketch plan; and before he finished the defendant arrived at the scene.

According to officer Sowe, the measurement was done in the presence of the two drivers.

The defendant confirmed the sketch plan and signed it, he said, adding that he later went with the defendant to the Mobile Traffic Unit, where the defendant’s statement was obtained and he was later served with a warning letter.

Nyabally also went to the Mobile Traffic Unit and his statement was obtained. He was shown the sketch plan, which he confirmed and signed. 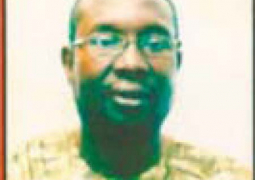