The Brikama Magistrates’ Court yesterday remanded  one Lamin Jarju at the Mile 2 Central Prison, on a charge of breaking into a building and committing a felony.

According to the particulars of offence, the accused, Lamin Jarju, on 26 February 2012, at Farato Village, in Kombo North South District of the West Coast Region, broke into the shop of one Gibbeh Bah and therein stole the following; two play station valued at D5,000, four controller valued at D1,400, three memory cards valued at D600, and two flash drives valued at D750.

He admitted to the charges and was remanded until 21 March 2012, for facts and sentencing.

LRR gears up for 2013 National Census 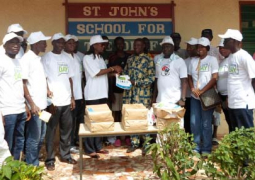