The Brikama Magistrates' Court, presided over by the Principal Magistrate JA Effim recently heard a criminal case of housebreaking and stealing leveled against one Sambujang Drammeh.

According to the particulars of offence on count one, on 18th February 2010, at Paradise Estate, in Kombo North District, Western Region, the accused, Sambujang Drammeh broke into the dwelling house of one Ngang Njie, with intent to commit a felony to wit stealing.

Meanwhile, the accused who pleaded not guilty to the charge was granted a court bail in the sum of D50, 000, with a Gambian surety. 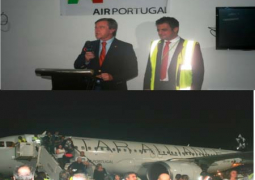 Hamat Bah: People have right to vote for their choice