Testifying for the prosecution, Eujent Jatta revealed that on 11 September 2011, they were returning home from buying food with his friend called Adama Faye when they saw the accused approaching a vehicle with the intention to steal.

He added that he was speaking on a phone, but was paying attention to the accused, who he suddenly saw breaking the door of a vehicle and getting into the car and laying in between the two front seats.

The witness further testified that his friend, Adama, had already got into a nearby home and he called him and they went to check on who was in the vehicle.

He further adduced that they saw the accused and asked him what he was doing there and the accused replied that the vehicle belonged to him.

“As he realised that they were about to apprehend him, he alighted through the other door and ran away,” the witness revealed.

He said they chased him up to a nearby Gas station and while on the verge of scaling a fence, his friend, Adama, held his leg and pulled him down.

He said they took him back to the vehicle and woke up the landlord.

He further testified that from there they escorted the accused to Bakau Police Station where they gave their statements.

The case at that juncture was adjourned till 21 December 2011, for defence. 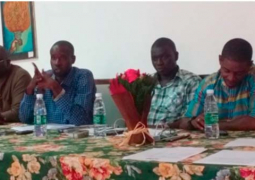 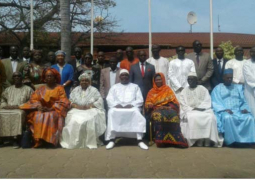