According to the particulars of the offence, Dawda Bah on 2nd August 2008 at the junction of Perseverance and Sam Jack Streets in , murdered one Cherno Jagne by stabbing him with a broken bottle. The accused pleaded not guilty to the charge.

He was thereafter sent to the remand wing of Mile II prisons before the case was adjourned to 19th August. 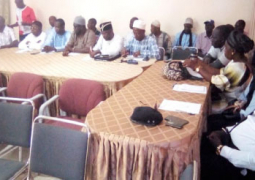