The Brikama Magistrates’ Court on Monday remanded in custody one Hamedou Jallow, who was charged with assault causing actual bodily harm.

When the case was mentioned in court, the prosecuting officer, 1343 Camara, urged the court to remand the accused person on the grounds that the victim was in a very critical condition, and was still admitted at the Brikama Health Centre.

He added that the accused is having a pending case at the Brikama Police Station, and that in the interest of justice he was urging the court to remand the accused person.

The application was granted, and the accused was accordingly remanded in custody.

The offence alleged was that the accused person, Hamedou Jallow, on 12 September 2011 at Brikama, stabbed one Kairaba Jallow with a broken bottle on his head, thereby causing him actual bodily harm. 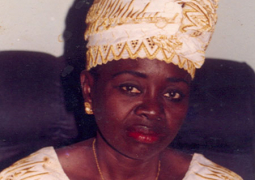 "Without Discipline in Schools Modern Education Would be Meaningless" - Headmistress