The Gambia Football Association (GFA) has revealed that a two-man delegation from the Algeria Football Federation has arrived in the country ahead of next month’s African Nations Cup Preliminary Qualifiers at home to Scorpions of The Gambia.

The delegation, which arrived in Banjul on Thursday, has visited the Independence Stadium to inspect the facilities available for the February showdown.

Pointsport has reliably gathered from the FA press release sent at the weekend that the visit of the two-man delegation is expected to be followed by a group of high-profiled backup officials including the Minister of Sport that would accompany the Algerian football team.

The full text of the press release signed by Bakary B. Baldeh, media officer of the GFA, reads:  “The Algeria Football Federation has dispatched a two-man delegation to The Gambia ahead of next month’s AFCON Preliminary Qualifier against The Gambia.

The delegation arrived on Thursday morning and will until Saturday be visiting the Independence Stadium to check on the facilities available for the much-anticipated first leg crunch game in Banjul on the 29th of February.

According to the delegation, a high-powered entourage would be accompanying the Algerian football team (Desert Foxes) including their Minister of Sports.

The delegation would further be visiting hotel sites for earlier bookings and having a technical meeting with the GFA Technical Director Kebba Ceesay before flying out on Saturday evening.” 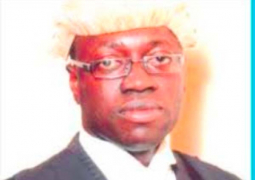