Wesley and Albion Lower Basic School on Friday 27 May 2016 pulled horns together at the 2016 Primary Schools Girl’s Knockout Tournament Finals held at the 22nd July Square in Banjul.

The programme started with the two captains taking the lost. Wesley won the toss and elected to field.

Albion batted and scored 77 runs in 15 overs for the loss of 8 wickets.

Amie Ceesay batted and scored 17 runs the highest, and Awa Fadera bowled and took 4 wickets for 10 runs in 3 overs bowled.

The President of the Association thanked the Schools Head and Physical Education Teachers for allowing and preparing the students to participate in the tournament, as every school that participated “is a winner”.

The occasion, attended en mass by school children, was graced by board members of the association. 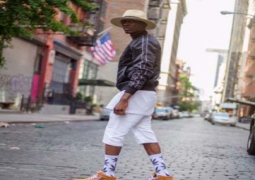