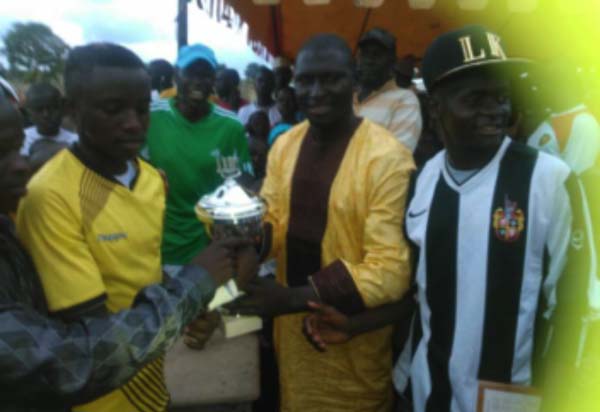 The Amsterdam boys came from one nil down to beat Young Santos FC 2-1 in a tightly contested final game played at the Gunjur Nyamina football field on Sunday.

The Santos-based outfit and Amsterdam boys have played each other twice last season prior to their Sunday Super Cup final clash.

Santos defeated Amsterdam boys 1-0 in the quarterfinal before beating Buckingham FC on the same score-line in the replayed final to clinch the league title.

The Amsterdam boys beat Santos in the quarterfinal before defeating Lion FC in the final 1-0 to claim the knockout title to set a Super Cup final tie against Santos.

Santos made an astonishing start to the game and launched several goal-scoring attempts, and opened the scores through powerful striker Ebrima Sonko in the 14th minute of the game to give his side the lead.

The Amsterdam boys responded back quickly for an equalizer but could not breakthrough Young Santos’s formidable defence, thus the first half ended 1-0 in favour of Santos.

Upon resumption of the game, the Amsterdam boys brought in several fresh legs to strengthen their striking force, which really yielded dividend and created series of goal-scoring opportunities.

Substitute Ansuman Jarjue levelled the scores for Ajax FC in the 56th minute of the game after beating Young Santos offside trap to cancel Ebrima Sonko’s 14th-minute opener to make it 1-all.

Ansuman Jajue snatched the winner in the 72nd-minute of the game to complete his brace as well as to earn Amsterdam boys the first-ever Gunjur Intermediate Super Cup title.

Young Santos FC finished the game with ten men after Cherno Touray was sent off mid-way into the second half for stamping Ajax FC’s player.

Being the champions, Ajax FC went home with a giant trophy and cash prize of D1,500, whilst runners-up Young Santos FC received D1,000. 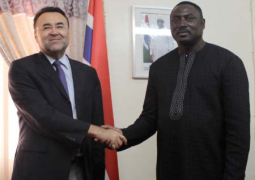 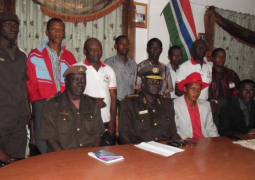