Mr. Nuha S Barrow, the Secretary-General of Gunjur Youth for Community Development (AGYCOD) has expressed his association’s continuous determination to contribute to the country’s socio-economic development and Gunjur, in particular.

Mr. Barrow made these remarks at the inauguration of the new executive, as one of those newly elected to run the affairs of the association.

"We are determined to do more for our community to the best of our ability," he said.

Barrow stated that his association has achieved a lot over the years, but further assured that a lot is needed to be done.

"We will not relent in our efforts to implement our activities in our action plan," he said, adding that the lack of funds is one of their main constraints.

For his part, Mr. Tijan Darboe, the Public Relations Officer appealed for more support from the government, NGO's and other philanthropists.  This, he stated, is geared towards complementing government’s effort.

The outgoing President, Mr. Momodou Jatta, who is now the Assistant to the Secretary-General, gave a detailed background of the association's vision and mission statements.

According to him, they have worked towards the realisation of the mission and aim of providing a well-sensitised, healthy and educated population.

These achievements, he said, do not just come by chance but through a well-planned and calculated move towards achieving their mission statement.

For his part, Mr. Ebrima Janneh the newly elected President of the association said their achievements, among other things, include cleansing exercises, sensitisation on health related issues, agriculture, education through organising quiz competitions. He stated that they are also engaged in organising sports and HIV/AIDS sensitisation workshops to uplift the living conditions of people in the community. 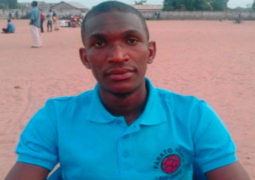 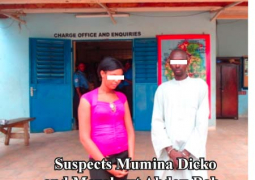