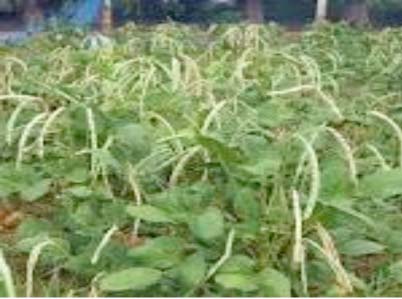 Agricultural Research study has revealed, especially to the farming community in the Gambia and beyond, that the use of Cowpea, vigna unguiculata as cover crop is potential for soil nutrient for sustainable maize and millet production.

Growers of these crops should therefore, no longer be worried about both the non availability and the cost of nitrogen fertiliser as this simple experiment can give them the desired dose of nutrient their maze and millet require when either is grown with cowpea.

Maize, millet and other cereal crops are first of all planted during their cultivation period two to three weeks before cowpea or other cover crops such as groundnuts including Bambara nuts one planted.

A research was conducted in two rainfall regimes of The Gambia to evaluate the potential of these food legumes, which is cowpea cover crop grown at different population densities.

The effects on biomass (organic matter used to produce energy) and the seed yield of cowpea, effects on soil properties and on subsequent maize and millet crops grown at different densities.

Research has shown that cowpea biomass and its seed production was plant density dependant. Nutrients removed in the seed at harvest by cowpea varied with site and seed production. More phosphorous was accumulated in maize in the wet zone and more nitrogen by millet in the dry zone, and their depletion over time was crop and site dependant.

The Stover (an inferior type of fodder) and grain of maize or millet increased with plant density in accordance with the yield-density equation, but varied according to the preceding cowpea biomass or seed.

When plant density was constant, Stover and grain of maize or millet increased with constant levels of cowpea biomass or seed.

The Stover and grain of maize or millet increased with soil nutrients but the responses varied according to nutrients.

The information generated from The Gambia which has a short growing season including improved soils, low farm output, food deficit and increasing human population.

Cover cropping impact for improvement in the soil properties concentrating on nutrient replenishment in this research is paramount because the soils in the Sahel as a whole have high and low organic matter contents.

Water infiltration rate is high with nutrients being leached to lower zones. Soil crusting and hard pan formation at the surface can also occur during wetting and drying leading to water logging and in some instances, runoff with eventual nutrient in the eroded material.

To assess the impact of cover crop on soil physical properties regarding soil aggregate formation and hydraulic conductivity in the sandy soils of the Sahel is essential.

This is due to the fact that the small organic matter concentrations in the soils of the Sahel are associated with the deficiencies of nitrogen and phosphorous, coupled with the removal of these nutrients in crops, farm outputs have been dwindling resulting to production of abundant cover crop residues for livestock feed and domestic purposes.

The organic matters built up exhaustion in soils over time, attracting extended research in cover crops through maintaining the sites and plots in order to monitor the long term restoration and depletion rate of organic matter in the sandy Sahelian soils under cowpea and cereal rotations. 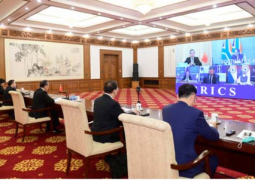 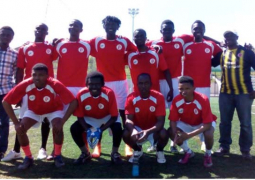