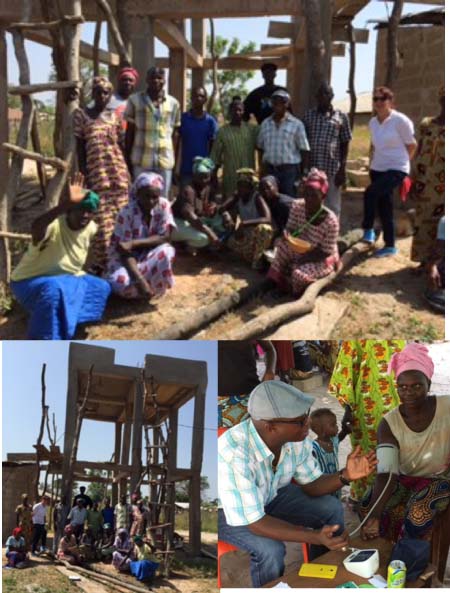 The management of Swiss-Gambia foundation based in Kololi/Switzerland over the weekend visited their project intervention sites at Brumen village, in Foni Jarrol district in the West Coast Region.

The delegation was led by the co-founder, Rotarian Sainey Manneh, accompanied by the project coordinator, Sambou Dibba, president of Brumen Family Kafo, and the president-elect of the Rotary Club of Royden Revolve from UK.

The purpose of the visit was to afford the officials of the foundation the opportunity to go and assess the level of work at the village, and also discuss with the communities some of the challenges, gaps, and what needed to be done after the completion of the borehole.

The visit also witnessed the distribution of second-hand clothes, donated by the Swiss-Gambia foundation.

The donated items included caps, shirts, trousers, shoes, among others.

During the visit, a blood pressure monitoring for high blood pressure was also conducted, and about one hundred people were screened and the result indicated that a high number were identified as high risk.

In his welcome remarks, Modou Badjie, the village alkalo of Brumen, expressed appreciation and joy for the constructing of a borehole and supporting the horticultural garden in his village.

“Water is a major problem in his community. Women suffer a lot to fetch water for family use or domestic use, so Swiss -Gambia foundation through the founder coming up with these laudable initiatives is a step in the right direction,” the village head said.

He further returned gratitude to Rotarian Sainey Manneh, co-founder, for supporting his villagers, saying they have nothing to repay the sponsors but only to pray for their long life and prosperity.

Alfusainey Jallow, president of the Brumen Family Kafo, explained that his kafo was formed by the youths of Brumen village, with the aim to come together for the development of their community.

According to him, Brumen Family Kafo was founded in 2007 and, since then, the struggle continued until the youths met with Sainey Manneh, a Gambian philanthropist and Rotarian, who whole-heartedly supported the construction of the borehole and the horticultural garden in the village.

On behalf of the Brumen community, he thanked the Swiss-Gambia foundation for taking these giant steps, all geared towards complementing the government’s efforts.

Also speaking was the project coordinator of Swiss-Gambia foundation, Sambou Dibba, who expressed joy and appreciation about the way the communities appreciated the project in their village.

He said after approaching the co-founder, Mr Manneh, and a feasibility study was conducted, the management of the Swiss-Gambia foundation deemed it necessary to support the community, as water is life.

He assured the community that this foundation would continue to give them support to realise their dreams.

He also urged the community to take ownership of the project and ensure its sustainability.

Speaker after speaker all praised the co-founder of the foundation, Mr Manneh, for supporting humanity with water, which is one of the major concerns of women in the village in their day-to-day activities. 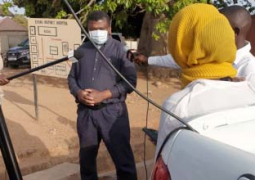 ASCENSION AND PENTECOST ANTICIPATED IN THE CHURCH