GAMWOKS Thursday handed over ten brand new tractors and three Bobcats to the Gambia Groundnut Corporation (GGC) at a ceremony held at the GGC head office at Denton Bridge along the Banjul-Serekunda highway.

The occasion was attended by officials of GGC and GAMWORKS, as well as the project coordinator, Madam Saine.

Speaking at the handing over ceremony, the Director General of GAMWORK, Ebrima Cham, said the ten tractors and three Bobcats had been procured under the Gambia Government and Islamic Development Bank funded project to enhance value addition in the groundnut sector known as the GGC groundnut project.

He said the tractors that had been delivered would add to ensure that the access to VAT are modernise and expanded, and GAMWORK being the implementing agency was delighted to hand over the equipment to GGC.

According to Mr Cham, the items had come at a good time when they are just at the beginning of the trade season, and would be tested in the coming months.

He also revealed that as part of the package, GAMWORK also had spare parts for the equipment and would train GGC staff in the utilisation and the routine maintenance of the tractors.

“We look forward further in cementing our relationship with the Gambia Groundnut Corporation (GGC),” he added.

In receiving the items, the managing director of GGC, Tony Carvalho, commended the project coordinator and her team, saying that prior to the handing over of this equipment a lot of hard work had been done.

“I believe the equipment will enhance the groundnut processing within the depots,” he said, adding that it had come toward the end of the marketing season, but they would make best use of the tractors.

He said both at the depots, and also at the main processing plants, they would start to use them, especially the Bobcat, which would greatly enhance their labour.

He said labour has been a big problem, and these tractors would help to reduce the labour costs. 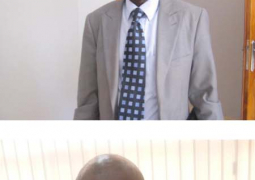