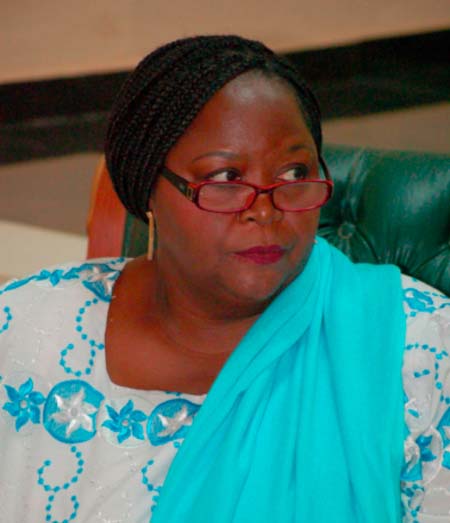 The Food and Agriculture Organization (FAO) and the Government of The Gambia through the Ministry of Agriculture recently signed an agreement for the implementation of Technical Cooperation Programme (TCP) project of over D17 million geared towards support for capacity development in conducting a livestock census in The Gambia.

This was in response to a request from the Gambia Government to help address the current paucity of livestock data in the country.

It was based on this that the FAO provided the funding to conduct a national livestock census through TCP at the tune of US$400,000.

The Department of Livestock Services under the Ministry of Agriculture is the implementing agency for the project.

Speaking at the signing ceremony, the FAO country representative, Perpetua Katepa-Kalala, expressed honour to be part of the FAO technical cooperation programme on support to capacity development in conducting a livestock census in The Gambia.

She also expressed FAO’s satisfaction to the Government of The Gambia for its firm commitment to the priority it gives to matters regarding agricultural development and food security.

“We know that political will is the foundation stone for national food security, as well as economic and social development,” she said.

In The Gambia, livestock contributes significantly to the national economy and livelihood of the population, with a potential to make a significant contribution to improvement of food security, she added.

In all, the livestock sector contributes about 30 per cent of the agricultural GDP and about 10 per cent to the national GDP, she said.

“The livestock sector has the potential to provide even more opportunities for employment and income generation, as well as meeting the demand for animal and animal products for the rural population, the growing urban population and the tourism/entertainment industry.”

There is increased awareness of the important role of livestock in The Gambia’s economy as different livestock species are used as food, wealth and security, as well as for land cultivation, transportation of goods and people in rural areas, to provide manure for fuel and crop production.

Thus, livestock’s important contribution to the welfare of the people beyond the production of meat, milk, eggs and skin, could not be overestimated.

It could be said that presently, decisions on livestock development are based on data from the last livestock census of 1993, which probably does not accurately depict the current situation.

The absence of reliable and accurate data adversely affects the ability to formulate effective policies regulation and decisions, and key among these are investment decisions in the sector by private and public sector operators, as well as other stakeholders such as farmer organisations.

She said there is an urgent need to conduct a livestock census as they together strive to attain the food security and economic and social development goals set in Vision 2020, Vision 2016, the PAGE and the global Sustainable Development Goals.

The census would also support the establishment of an animal resources data management structure to coordinate national livestock data, she added.

The formation of the national livestock policy hub and the national Animal Resources DATA Management platform are consistent with priorities enshrined in national document, and are clear indications of the government’s commitment to improving the livestock sector.

She said the TCP project being singed represented a contribution from FAO of D17,252,000.00 (Seven million two hundred and fifty thousand dalasi).

She added that the project was designed by department of Livestock Services with technical support from FAO.

“It is fully aligned by the department of Livestock Services with technical support from FAO.”

The FAO official further gave assurance of FAO’s dedication to assisting the Department of Livestock Services in the successful implementation of this TCP, and had already engaged its people of technical experts in agriculture statistics.

Also speaking, the deputy Minister of Agriculture, Sheriffo Bojang, thanked FAO for the continuous support to the agricultural sector, which has the enormous potential to make significant contribution in employment creation, empowerment and increasing food security.

Despite its leverage potentials, the livestock sector in Africa has been constrained by unfavourable and weak implementation capacity of policies, regulation and standards, disease, lack of animal health and production data and the deterioration of the natural habitat of our indigenous animal Genetic Resources due to deforestation such as bushfires, overgrasing and low-rainfall.

According to him, the available data on livestock are insufficient to formulate and implement the necessary public and private sector investment to unlock the sector potential.

Livestock contribute to human food and nutrition security by providing high nutrient density and nutritional quality food, as well as by increasing crop output through the provision of manure.

He said the signing was a Gambia government and FAO collaboration effort to have accurate livestock data to be used as an essential tool for planning policy formulation and legislation, promotion of trade and for advocacy to  attract and promote investment and resources allocation to the livestock sector for development purposes.

He thanked FAO for supporting The Gambia in conducting this census, as well as building the national capacity to conduct future censuses.

The Director General of the Department of Livestock Services, Dr Duto Sainey Fofana, commended FAO for the partnership, adding that this was not the first time for FAO to sign an agreement to implement such a project with the government of The Gambia.

He assured FAO of his office’s readiness in the successful implementation of the project, while dilating on the importance attached to livestock and its potential in the economy of The Gambia.