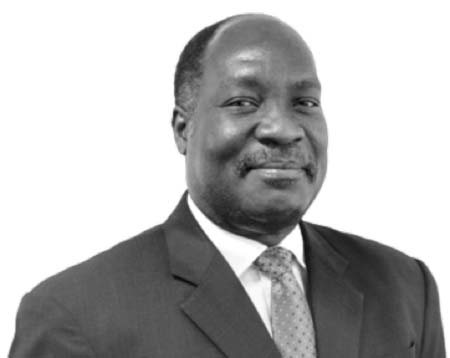 Standard Chartered Bank (SCB) in collaboration with the Department of Forestry, the community of Kafuta and Parks and Wildlife department over the weekend transplanted 1000 seedlings of three various types at the Kafuta Forest Park.

The transplanting of seedlings culminated in the donation of materials, such as wheel-barrows, spades and cutlasses by the Standard Chartered Bank, in the drive to restore the forest cover.

Speaking at the exercise, Ousman Njie, head of Retail Banking Standard Chartered Bank, said since 2010 the bank has been collaborating with the department of Forestry in the reforestation drive.

He said the bank could proudly say they transplanted 84, 000 trees.

“SCB is a global organization, and we take our commitment to the community that we operate in very seriously.”

In 2007, as part of the climate change process, SCB was one of the group signatories in UK that helped to influence the decision to support the agenda, he added.

Mr Njie further said SCB is supporting the UN global goals, and one of the goals, number 13, talks about Action on the Climate, and that is what the bank and the department of Forestry and it partners are doing at the Kafuta forest park .

He said ‘being here for good’ is their brand promise, and they are not only in the business of making profit, but giving back to the community.

He also thanked the community of Kafuta for their cooperation and the turnout in the process, and by extension thanked the department of Forestry and its partners for their participation in the exercise, and for making the event a reality.

The deputy Director of Forestry, Malang Jassey, commended SCB for partnering with the department of Forestry in the restoration of the forest in the country.

He said the department of Forestry was not surprised about the intervention of SCB, in the sense that this was not the first time that they had been contributing toward the restoration of the forest.

Mr Jassey urged other organisations and institutions to emulate the SCB, one of the leading banks in the process.

He said the importance attached to tree-planting could not be overemphasized, as it helps to have enough rainfall, and prevent drought from climate change.

Also speaking was the deputy permanent secretary at the Ministry of the Environment, Ello Jallow, who commended the SCB for joining the department of Forest in the restoration of the forest cover.

He said this was a step in the right direction, and that SCB is worthy of commendation and emulation.

He also thanked the community of Kafuta for their participation in the exercise.

“We are very much appreciative of the efforts of SCB and for donating materials to the department of Forestry to help in the transplanting of the seedlings.”

Cherno Gaye, head of participatory management at the department of Forestry, was full of praise and appreciation of SCB staff and it’s management.

He said the collaboration has now become an annual event, adding that the Kafuta forest park is a government forest park and has a total area of 192 hectares, and it is a very important forest park for the department of Forestry in the sense that it serves as a research site for institutions.

He said SCB coming to support the department of Forestry in the restoration of the forest cover was a welcomed moved.

Mr Gaye further thanked SCB for their primary focus is not only banking, but they have special attention to the environment.

He said SCB was the only bank so far participating in the tree-planting exercise for the management of the environment, and SCB deserves to be commended.

He also described SCB as partner in development that provided them with transplanting materials, as well as seedlings, and above all they all came out in large numbers and participated in the exercise physically.

Mr Gaye on behalf of the Ministry of Forestry and it line department thanked Standard Chartered Bank for a job well done, and for the support they have been rendering not only to forestry, but other sectors in the country.

He appealed for people to be banking with the SCB, so that the profit generated could be used to purchase some of the transplanting materials.