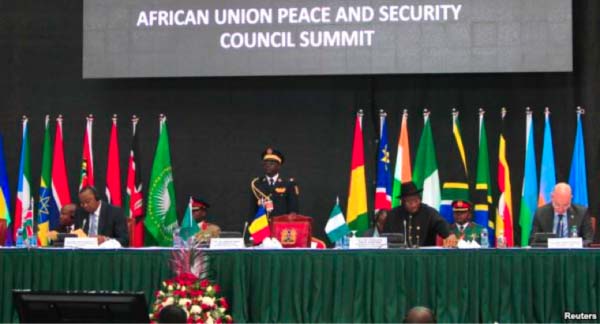 African leaders were meeting in Nairobi Tuesday to discuss how to tackle terrorism and extremism across the continent. The summit, the first on this topic organized by the African Union, came amid reports of a U.S. drone strike in Somalia targeting the leader of militant group al-Shabab.

The Nairobi security summit is being attended by six heads of state -- from Nigeria, Chad, Niger, Kenya, Tanzania and Somalia -- and leaders from several other African countries.

The African Union’s top official for counter-terrorism, Ambassador Fancisco Madeira, said the meeting will focus on ways African countries can combat terrorism and to encourage neighboring countries to share information.

“We need decisions and then we need to see where are the sources of support -- material, financial and otherwise -- to the different bodies that are dealing with the issue of terrorism,” said Madeira.

“[We need] better coordination of action among member states and better sharing of information, operational information, for them to be more effective on the ground and faster acting against al-Shabab, AQIM, Boko Haram and all this.”

In the past decade, the African continent has witnessed a major expansion and escalation of terrorist violence.

Security experts say the threat of terrorism is accelerating across Africa at an alarming rate; so far, 22 countries have been targeted.

The AU’s Peace and Security Council reported on terrorism-related issues at an earlier summit, in Equatorial Guinea in June. African leaders meeting there expressed deep concern about the threats from Boko Haram in Nigeria, al-Shabab in the horn of Africa and from Al-Qaida in the Islamic Maghreb [AQIM], which operates in a wide area across the Sahara, Algeria and Morocco.

The meeting this week in Nairobi is expected to study the issues raised by the terrorist threat, and on effective mechanisms to tackle them.

Some African countries have been accused of not doing enough and misusing the funds provided to combat terrorism.

Burundi’s ambassador to Ethiopia and to the African Union, Alain Nyamitwe, noted that AU military missions have been successfully deployed to worst hit countries like Somalia and Mali, but he said a lot more needs to be done to fight terrorism on the continent.

“So I think the Peace and Security Council is charging its mandate very well, [although] of course no organ of the AU is perfect,” said Nyamitwe. “That does not mean we are not doing enough. We are possibly not performing up to the level of expectation.”

A senior researcher with the Pretoria-based Institute for Security Studies, Martin Ewi, warned of the danger of too easily labeling opposition groups and activists as “terrorists.”

“Political parties or political elites can use it against each other, blaming one another for committing terrorism acts or supporting terrorism acts or libeling the activities of others.If you look critically into what they are doing, [these actions] might not qualify as terrorism. ... That does not help the fight against the terrorism in Africa if we are accusing the wrong people who are not terrorists as terrorists.”

Meanwhile, hundreds of kilometers away from the summit, a U.S. drone attack Monday in Somalia targeted top commanders of al-Shabab who were meeting.

U.S. and Somali officials said the attack was aimed at al-Shabab’s top leader, Ahmed Abdi Godane. There was no immediate word on whether Godane survived. VOA

Previous:
Ajax beat G.Unit in Banjul Nawetan
Next:
GSK Ebola vaccine to be tested in Gambia 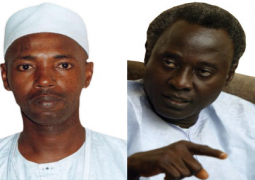