After a bruising end to an aggressive campaign, Africa’s choice to lead the UN World Health Organization prevailed over Britain’s candidate David Nabarro at the World Health Assembly in Geneva Tuesday.

The vote was 133 for Ethiopia’s former health minister to 50 for Nabarro in a third round, where each UN member state had one vote.

Africans bear a disproportionate burden of global health problems, but no African has, until now, led a major international health institution.

The selection of the WHO Director-General was the most democratic and transparent yet. Tedros Adhanom Ghebreyesus had near-solid support from Africa and substantial backing in other regions, particularly among health professionals who knew his record of accomplishments or who had worked with him on such issues as increasing vaccination rates in poor countries.

There will be analyses and critiques of the process and examination of the last-minute charges and counter-charges among supporters of the final two contenders. But, as hard-fought as the campaign was, the most difficult challenges for Tedros lie ahead. He has vowed to transform a cumbersome bureaucracy into a responsive, agile organization - one that responds to acute crises while promoting the right to health care for every person everywhere.

Prior to the election, there was a smear campaign similar to the one three months ago which derailed the expected selection of Nigerian physician Dr. Muhammad Ali Pate to head the Global Fund to Combat Aids, Tuberculosis and Malaria.

This month last-minute attack on the candidacy of Tedros had raised questions about whether wealthy western powers are prepared to accept African leadership of global health institutions.

But Tedros admirers in developed countries fought back. Ezekiel Emanuel, chair of the department of medical ethics and health policy at the University of Pennsylvania, defended him against what he called “terribly nasty” dirty tricks. Former head of the US Centers for Disease Control and Prevention, Dr. Tom Frieden, supported Tedros against charges that he had covered up an epidemic in Ethiopia.

Nicole Schiegg, a former senior advisor to USAID, the development agency, wrote that he is the leader the World Health organization needs. Before the last-minute attacks, British Conservative party politician Andrew Mitchell said Tedros was the best candidate to help developing countries make health gains – and also to protect the world against pandemics.

As former health minister of Ethiopia, with experience in numerous global health initiatives, Tedros won admiration for his strategic thinking, his management abilities and his skill at bringing together diverse constituencies towards achieving common health targets. His accomplishments in improving health and saving lives in Ethiopia have been cited as models for gains that can be made, even in difficult, low-resource settings.

“A leader has the vision and conviction that a dream can be achieved. He inspires the power and energy to get it done. ” 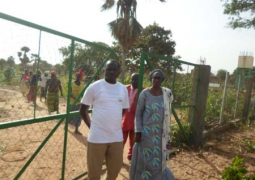