Omar Faruk Osman, president of the Federation of African Journalists (FAJ) and the secretary of the Eastern Africa Journalists Association (EAJA), this week urged African states to free all imprisoned journalists, and to end violent repression.

Speaking at the 51st ordinary session of the African Commission on Human and Peoples’ Rights held this week at the Kairaba Beach Hotel, Mr Osman said, “Media freedom in continues to be under serious assault from different players, among them the governments of the countries in the continent.”

Mr. Osman used his address to summarize some of the worst abuses against journalists.

is considered by Mr Osman to be the most deadly country for journalists in . Five journalists have been murdered there since the commission’s 50th ordinary session last year.

A suicide bomb in reportedly injured 11 journalists as they covered a ceremony at the national theatre earlier this month. There have also been reports of the intimidation and arrest of journalists across the country, including radio journalist Awke Abdullahi, who has been detained for more than a month in the northern city of .

Mr. Osman said security agencies in have routinely raided and closed down independent publications and a number of journalists have been arrested.

According to Mr Osman, the government has largely remained hostile to the media and journalists, including leaders of the journalists’ union.

Security forces in central , ran amok with baton rounds and tear gas as journalists covered demonstrations on Martyrs Day on April 9, 2012. Nineteen journalists were beaten and some were seriously hurt.

Mr. Osman highlighted the restrictions on journalists in Guinea Bissau, following the military coup on April 12, 2012.

He also mentioned Boko Haram, whose violence against civilians resulted in the deaths of a number of journalists this year.

He added that violence against and intimidation of journalists and press freedom advocates in , DR Congo and also remains a serious issue.

Oumar also expressed concern about the insecurity faced by Malian journalists after mutinying soldiers took over the state broadcasting building. 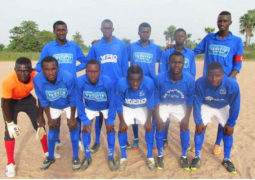