The development is to foster understanding of our local farmers, herdsmen, butchers, rural communities and the public to understand the issues of CBPP and the possible means of controlling and preventing CBPP from spreading to other areas.

CBPP, otherwise called lung disease according to officials, is a contagious bacterial disease that afflicts the lungs of cattle and water buffaloes.

According to FAO Country Rep in The Gambia, Madam Perpetua Katepa Kalala, said the re-emergence of CBPP in the country in August 2012 after 41 years of absence meant that the outbreak was occurring in a naïve population.

“In such circumstances morality could easily surpass 50 per cent if effective control measures are not urgently taken,” she stated. Thus, the loss of more than half of the National Cattle Herd would have had devastating consequences particularly for rural communities that depend largely on their cattle for their livelihood.

Madam Katepa Kalala recalled that in Gambia Government made a declaration in November 2012 of National Animal Health Emergency and forwarded a request to FAO.

She explained that FAO leased funds through a Technical Cooperation Programme to support the emergency measures that focused on vaccination, the provision of necessary technical support and capacity building to establish the foundation for sustainable CBPP representing 93 per cent coverage.

Speaking on behalf of the deputy director of Animal Health and Production Services, the Principal Veterinary Dr Duto Sainy Fofana, said sensitization and raising public awareness is key to the control or eradication of any disease.

He stressed the need for the development of clear messages in the workshop and disseminated for public consumption to enable their effective participation towards the elimination of the CBPP disease.

He said 93 per cent of the national herds were vaccinated and preparations are on for the second round vaccination campaign following a sensitization campaign with Action Aid The Gambia in the near future.

On behalf of the acting-Director of Action Aid International The Gambia, the Head of Communications and Documentation, Jainaba Nyang-Njie, said the workshop is part of the activities of a programme designed to sensitize farmers, herdsmen, butchers and the general public on the cattle disease and then develop a message.

She described CBPP as one of the diseases that continue to devastate the cattle herds on which many people in Africa depend for their livelihood thus the involvement of AAITG.

She explained that The Gambia has previously eradicated CBPP and the last outbreak was in 1971 whilst the vaccination stopped in 1987.

Mrs Nyang Njie explained further that in 2012, a new outbreak was reported in Central River Region threatening livestock production and becoming an obstacle to livestock development.

“In some areas in the Central River and Upper River Regions, cattle losses within the range of 40 to 50 per cent normality were reported with some farmers losing their entire herds,” she said.

According to her, The Gambia depends largely on agriculture for the survival of the majority of its population. Livestock production and development, she added, is also an important component of agriculture in the country.

“Livestock is like a savings account for farmers. With such a high mortality rate, farmers will lose their livelihood and will not be able to feed their families or gain any income thus becoming poorer,” she stated.

This, she explained, was the reason why in their new country strategy paper called CSPV, they have committed themselves to four core objectives among which is to promote sustainable agricultureand control over natural resources to enhance improved lives and livelihoods of people living in poverty and social exclusion.

Mrs Nyang-Njie also highlighted some of the programmes they have implemented in communities to help improve their livelihoods such as the support to Rice Growers Cooperation in the production, processing and marketing of produce.

She finally expressed hope that the issues discussed and message developed during the workshop will be taken to further their subsequent activities to ensure farmers, herdsmen, butchers and the public understand CBPP and know what to do when they occur. 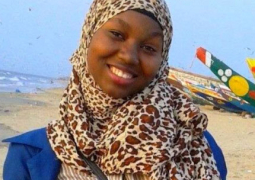