One Lamin Jaiteh, who is standing trial for the offence of stealing by clerk, was recently cross-examined by the prosecutor before Magistrate Ibrahim Kijera of the Bundung Magistrates’ Court.

Responding to questions, the accused told the court the said money was stolen from him.

He added that some trainers wanted to attack him to snatch the money from him which was why he went home with the money, but the said money belongs to Elton Company.

He admitted writing on the paper that his mother was sick and he was the one who should take care of his mother.

The accused denied giving money to money doublers, adding that he knows the type of people he was living with.

“The people I lived with are not money doublers. I have spent some time with these people,” he said, denying giving money to the alleged money doublers.

The accused pointed out that the said money was stolen from him together with his cell phone, and the day prior to his arrest, he spent the night in street.

He said he tried to call his boss to explain the incident to him, but to no avail.

“I did not report the matter to the police,” he stated.

The accused said he did not steal the money or gave it to money doublers, but it was stolen by the thieves and while on their way out, some of them were arrested by the police. 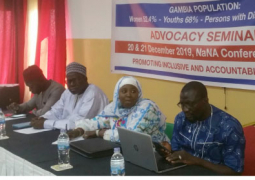 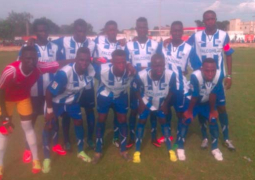