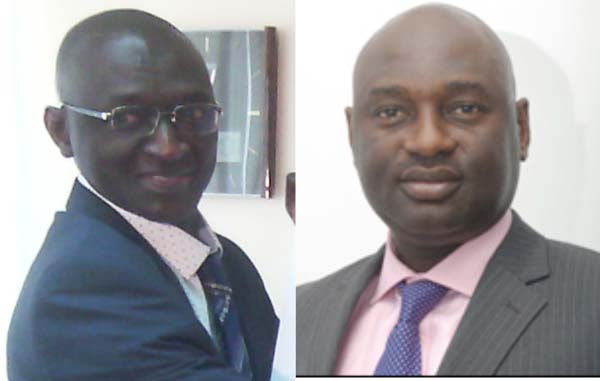 The Gambia’s Accountant General Momodou Lamin Bah has appeared before the commission of inquiry into the assets and financial transactions of former President Yahya Jammeh, to explain his links to tax recovery accounts with some commercial banks in the country.

Mr Bah, who served as accountant general in March 2014, was summoned in relation to tax recovery accounts at Trust Bank and Guaranty Trust Bank, according to lead counsel in the commission Amie Bensouda.

Testifying on 14 August 2017, Mr Bah said he was not aware of the said accounts, but revealed that “the accounts are in the commercial banks”.

He further posited that his office obtained information from Trust Bank but Guaranty Trust Bank was “not cooperative”, as GTBank “did not share any information” with his office.

Mr Bah, who also said he is a finance expert, told the commission that by law, no government account should be opened without the knowledge of the Accountant General.

At this juncture, the lead counsel informed Mr Bah, who said he lives in Brusubi, that the commission would issue him with a subpoena to come back and continue his testimony.

In his testimony, GTBank’s Managing Director Bolaji Ayodele, who has before this day appeared and testified at the commission, said he had dalasi and dollar transfers of Alhamdulilai Petroleum Mineral Company Ltd he was asked to bring along.

The lead counsel then applied to tender the documents, which the commission accepted, and the said withdrawal documents were tendered and admitted.

Mr Ayodele stated that there were 43 withdrawals from the dalasi account from 2 November 2015 to 9 December 2016.

He said the foreign currency transfers were not in order, adding that the CFA transfers from dalasi was equivalent to D212,864,967.

He said there was a withdrawal of D600,000 on 22 October 2015, from Alhamdulilai Petroleum Mineral Company Ltd to Kanilai Family Farm.

He posited that on 12 January 2016, one Alpha Jallow withdrew D5,000,000, adding that his ID card was attached but the purpose for the withdrawal was not indicated.

At this juncture, the shipment bank statement of the said company was tendered and admitted by the commission.

Next to testify was Ebrima Salla, the managing director of Trust Bank.

He said he was appointed as MD on 1 July 2016, but prior to that, he was the head of Corporate Department at the bank, adding that he was the relationship manager for 9 years.

He told the commission that he had documents with different signitories.

He posited that tax recovery accounts were opened on 1 September 2013, and that Momodou Sabally, the former Secretary General and Head of Civil Service, and Nuha Touray, Secretary to Cabinet, were signitores to the said accounts.

A letter from the Ministry of Finance dated 21 August 2013, was tendered and admitted.

Mr Salla said there was a letter signed by Nuha Touray on behalf of Momodou Sabally.

Change of signitory documents and related papers in respect of account number 100-128385-01 Trust Bank was tendered and admitted in a bundle.

He said that a cheque for D200,000 was paid to Gai Enterprise and signed by Momodou Sabally and Nuha Touray, adding that another cheque for D1,947,346 was on 7 October 2016, issued to Sheriff Sawaneh, a customer of the bank.

Mr Salla adduced that there was an authority signed by Momodou Sabally and Nuha Touray for the payment of D1,396,740 to Ansumana Tamba.

Mr Salla was asked by one of the commissioners whether he wondered why the tax recovery account was opened by the office of the former president and not by the Ministry of Finance.

In response, he said it raised suspicion.