Access Bank Gambia Limited last Thursday 20 September 2012 donated 36 crates of can drinks and two new trophies to Gambia Association of the Deaf and Hard of Hearing (GADHOH) as part of its contribution to the forthcoming International Week of Deaf, a week celebrated annually worldwide and also in The Gambia by GADHOH.

Presenting the donated materials on behalf of the chief executive officer of Access Bank, Babajide Ijimakinwa, country operations officer, said Access Bank was pleased to associate it self with GADHOH as members of the society and partners in development.

“Access Bank is and will always do their best to support the Gambian people as part of our corporate social responsibility,” he assured.

According to him, over the past years in The Gambia since the inception of the bank, they have built confidence with their clients.

Dodou Loum, executive director of GADHOH, said one of the objectives of International Week of Deaf is to bring people with deaf and hard of hearing together across the greater Banjul area as a family to compete in sporting and other ventures and create unity among them to further appreciate each other as brothers and sisters.

He added that such an event is not easy to organize but Access Bank Gambia Limited has demonstrated its generosity to GADHOH by providing 36 crates of can drinks and trophies and this has arrived at a time it is mostly needed.

He used the opportunity to thank and commend Access Bank for what he described as humanitarian gesture.

For his part, Abdou Kadiry Drammeh, president of GADHOH, said the organization was formed in 1992 with the objective of developing a national Gambian sign language and train its members for effective communication with the wider society; advocate for the rights of deaf people through sensitization, as well as to facilitate the establishment of social support services for the deaf and to promote the welfare of people who are hard of hearing in the country.

According to him, GADHOH celebrates International Week of Deaf annually. This year’s celebration will begin on 21 September and would be in the form of sporting activities, and march-past from the Arch to 22nd July Square. There is also going to be speech presentations and other social displays and the dignitaries are invited to be part of the historic event.

He commended Access Bank for their laudable and timely gesture and urged others to emulate Access Bank.

Honorary life president Amadou Touray revealed that Access Bank has been highly supportive of GADHOH since its inception to date. He describes them as genuine partners who have the interest in the welfare of less privileged persons.

Mr Touray highlighted some of the achievements registered since the inception of GADHOH, saying theyinclude the prestigious award of the member of the National Order of the Republic of The Gambia by President Jammeh on 24 April 2010, qualified GADHOH experienced deaf sign language and built 3 pre-schools for the deaf in Kanifing, Brikama and Farafenni. 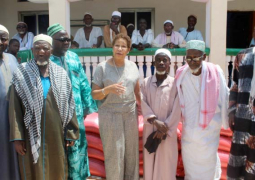 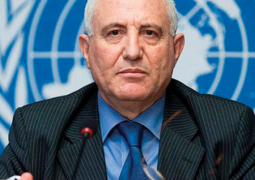