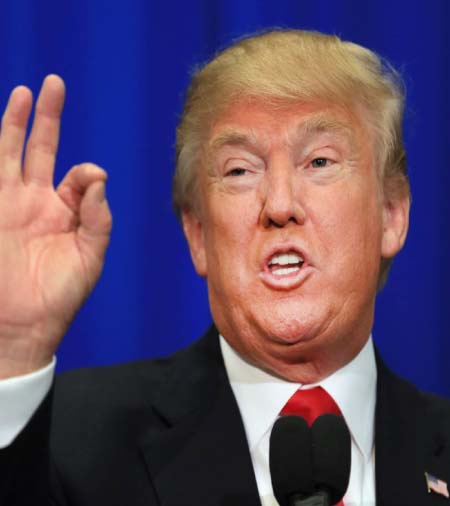 I will build a border wall and deport millions of people who are in the U.S. illegally, President-elect Donald Trump says, promising to keep his campaign pledges on immigration in his first prolonged interview since winning the White House.

Saying that his administration will deport “probably 2 million” — and possibly 3 million — people who are in the country illegally, Trump told 60 Minutes’ Lesley Stahl that he wants to secure the border.

Trump also seemed willing to consider the plan some of his fellow Republicans have aired, of securing some parts of the border with a fence.

The interview with Trump will air on CBS Sunday night at 7 p.m. ET; it also includes members of his family. The interview was taped Friday at Trump’s Fifth Avenue residence in New York City. It comes after days of anti-Trump protests in more than a dozen American cities, where demonstrators have criticized the incoming president’s immigration stance.

On another campaign promise, Trump affirmed his plan to repeal and replace the Affordable Care Act — also known as Obamacare.

But Trump also wants to keep some parts of the plan. For instance, he told Stahl that he’ll maintain coverage for people with pre-existing conditions “because it happens to be one of the strongest assets” of the plan.

Trump also said he wants to keep a portion of the law that covers children living with their parents for an extended period.

As for how the change from one sphere of coverage to another might work, Trump promised it would be smooth, saying “We’re going to do it simultaneously. It’ll be just fine. That’s what I do. I do a good job. You know, I mean, I know how to do this stuff.

Here’s what Trump told 60 Minutes when he was asked about undocumented immigrants in the U.S.:

For comparison purposes, we’ll note that in President Obama’s first term, his administration carried out a record 1.5 million deportations — including more than 400,000 in fiscal year 2012.

The figure declined to 235,413 in fiscal year 2015, and as NPR’s Scott Horsley reported this summer, the Obama administration has shifted its focus to deporting criminals, people caught near the border, and those who recently came to the country without securing documents.

As Scott Horsley noted in a review of recent U.S. immigration policy, the rate of deportations went up under Obama, just as it had under the previous two presidents. And Trump took notice, back in August.

The plan for a wall along the U.S. border with Mexico is Trump’s new facet in immigration policy. Here’s his exchange with Stahl, discussing the idea:

“Are you really going to build a wall?” Stahl asks.

“They’re talking about a fence in the Republican Congress. Would you accept a fence?”

“For certain areas I would — but certain areas, a wall is more appropriate. I’m very good at this, it’s called construction.”

“Yeah, it could be some fencing.” 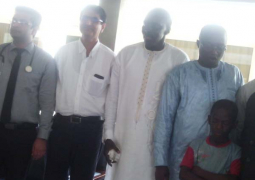