Let's say it right away that we deplore any form of statement such as the one made by Yankuba Colley that he will send any butcher to Mile 2 if he or he/she fails to comply with President Jammeh's ultimatum for the price of meat to go down. Of course many would not be happy with the statement of Mayor Colley because his statement is enough of a worry to make one sit up with profound concern.

According to Mayor Colley, he will ensure zero tolerance on the butchers in his municipality so as to see to it that they comply with the ultimatum. This can be simply understood.

But, be as it is, many would expect Mayor Colley and all Local authorities to give a lot of thought to the matter of engaging in negotiations with the butchers in their respective councils rather than threatening them as if the country is not governed by a constitution.

The fact that President Jammeh has warned that any local authority who fails to ensure that meat sold in his region reflects these prices will be dealt with accordingly should not be seen as an excuse of threatening people with sending them to jail. Such are statements that nobody should joke with.

As the ultimatum was just an ultimatum and has not been passed into law then it will be impossible for people to be sent to jail for non-compliance.

There is no doubt an issue that needs to be addressed with regard to the price of meat and indeed food generally.

If we bring all people with an interest in this together and sit down with one another to discuss then we may find a more suitable solution than merely jail or the threat of it. The rising cost of food means times are hard for everyone.

This ultimatum has meant that life is now even tougher for butchers who also have families to feed. A solution based on discussion and examination of facts and figures must now be held so that no one group of stakeholders in this trade must bear the full brunt of changes to the prices of products.

We applaud government for addressing this important issue but would strongly urge for a change of approach in terms of finding a solution. Nothing can generate more fruitful solutions than engaging in negotiations with all stakeholders. We should therefore put those statements aside and find a way out.

"The Vilest deeds like poison weeds bloom well in prison air; it is only what is good in man that waste and withers there". 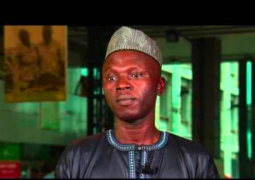