Nana is a house help who gets impregnated by her boss Jalih Khan. To cover up the resultant scandal and protect his social standing in the Afghan society, he takes Nana and her baby Mariam to the outskirts of where he builds a shack for them to live in. He occasionally visits them and sends them gifts. During such visits, he dotes on Mariam who mistakenly takes her father as the sweetest person in the world.

Against her mother's pleading, Mariam leaves for in search of her father. It is then she is given the shock of life. When she knocks on her father's gate, she is told that he is not at home so much so that she has to spend the night outside in the cold. She returns home to find her mother dead from suicide.

After this, she is reluctantly accepted into her father's family, where is married off to Rasheed, a bitter old man, three decades her senior. She is abused and despised by Rasheed, as she is not able to give birth to a child of her own. One miscarriage after another embittered him more and more.

It is at this point that Laila, a promising daughter of a middle-class family, who has lost her family in the Afghan crisis, is brought into this already tense family. Rasheed pampers Laila, making her feel as if she were the most important person in the world. But the moment she gives birth to a girl, his attitude changes. Years later when she gives birth to a boy, Rasheed was over the moon, even fawning on the boy.

Though Mariam and Laila are both initially antagonistic to each other, Rasheed's highhandedness provides a rallying point for them. They both come to see themselves as victims. So they plot to escape to where they can live a better life. But at the bus stop, a young Afghan man betrays them. They are eventually taken back to Rasheed. Incensed by their action, Rasheed becomes even more brutal in his dealings with them.

When Laila's childhood sweetheart Tariq returns, Rasheed feels threatened and takes it out on Laila. It is during one of his beatings of Laila that Mariam kills him with a shovel.

Stoically, Mariam gives herself over to the authorities and lets Laila with her two children and Tariq run away to . She is tried, sentenced and then executed publicly.

After a regime change, Laila and her family return to . But on their way, they stop in to visit Mariam's family. She meets with Harnza, the son of Mariam' s former Islamic teacher. It is from him she receives Mariam's inheritance from her father. The inheritance consists of some US dollars and a letter apologizing for the wrong he has done to Mariam. The novel depicts the plight of women in through the successive regime changes in that troubled country. 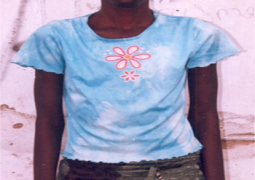