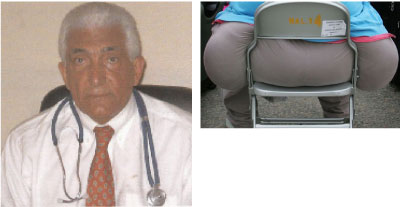 In October 2011, Compass Group Southern Africa, a food services company, placed third in the world in obesity rankings, after the and .

“Obesity is linked to a number of lifestyle diseases such as diabetes and heart disease, both of which are among the top 10 causes of death in .”

Between 2004 and 2009, the numbers of people who died from diabetes and certain forms of heart disease increased 21 percent and 11 percent respectively.

The WHO estimates that globally, approximately 2.8 million people die every year as a result of being overweight or obese in another 20 years, 50 to 60 percent of the world’s population could be overweight

Experts addressing a panel on the subject said the first step was to stop blaming the obese themselves, and to examine the easy availability of cheaper, high calorie foods, increasing urbanisation and an “inactivity crisis”.

Dr Hassan Azadeh, our health adviser, senior lecturer at the and a senior consultant in Obstetrics and Gynaecology is this week focusing on one of the most dangerous and deathly conditions in human history called obesity (overweight), giving advice on life saving prevention of this preventable disease.

The Point - what is the meaning of obesity?

Dr Azadeh - Obesity is a leading preventable cause of death worldwide, and in modern culture, excess weight is often regarded as unattractive. Obesity is a medical condition in which excess body fat has accumulated to the extent that it may have an adverse effect on health, leading to reduced expectancy and/or increased health problems.

The foods we eat every day contribute to our well-being. Foods provide us with the nutrients we need for healthy bodies and the calories we need for energy. If we eat too much, however, the extra food turns to fat and is stored in our bodies. If we overeat regularly, we gain weight, and if we continue to gain weight, we may become obese.

Obesity means accumulation of excess fat on the body. Obesity is considered a chronic (long-term) disease, like high blood pressure or diabetes.

It has many serious long-term consequences for your health, and it is the second leading cause of preventable deaths.

Obesity is a leading preventable cause of death worldwide, with increasing prevalence in adults and children, and authorities view it as one of the most serious public health problems of the 21st century.

Obesity is most commonly caused by a combination of excessive dietary calories, lack of physical activity, and genetic susceptibility, although a few caused primarily by genes, hormonal disorders, medications or psychiatric illness.

Before the 20th century, obesity was rare in 1997 the WHO formally recognized obesity as a global epidemic. As of 2005 the WHO estimates that at least 400 million adults (9.8%) are obese, with higher rates among women than men. The rate of obesity also increases with age at least up to 50 or 60 years old.

What about obesity in children?

Dr Azadeh - Childhood obesity has reached epidemic proportions in 21st century, with rising rates in both the developed and developing world. Rates of obesity in Canadian boys have increased from 11% in 1980s to over 30% in 1990s, while during this same time period rates increased from 4 to 14% in Brazilian.

The healthy range varies with the age and sex of the child. The reference data that these percentiles are based on is from 1963 to 1994 and thus has not been affected by the recent increases in rates of obesity. Childhood obesity has reached epidemic proportions in 21st century, with rising rates in both the developed and developing world. Rates of obesity in Canadian boys have increased from 11% in 1980s to over 30% in 1990s, while during this same time period rates increased from 4 to 14% in Brazilian children.

As with obesity in adults, many different factors contribute to the rising rates of childhood obesity. Changing diet and decreasing physical activity are believed to be the two most important in causing the recent increase in the rates because childhood obesity often persists into adulthood and is associated with numerous chronic illnesses, children who are obese are often tested for hypertension, diabetes and fatty liver treatments used in children are primarily lifestyle interventions and behavioral techniques. Medications are not FDA approved for use in this age group.

The Point - what can cause Obesity?

Obesity, however, has many causes. The reasons for the imbalance between calorie intake and consumption vary by individual. Your age, sex, and genes, psychological makeup, and environmental factors all may contribute.

Genes: Obesity tends to run in families. This is caused both by genes and by shared diet and lifestyle habits. Having obese relatives does not guarantee that you will be obese.

Emotions: Some people overeat because of depression, hopelessness, anger, boredom, and many other reasons that have nothing to do with hunger. This doesn’t mean that overweight and obese people have more emotional problems than other people. It just means that their feelings influence their eating habits, causing them to overeat.

In some unusual cases, obesity may be used as a defence mechanism because of the perceived social pressures related to being more physically desirable, particularly in young girls. In these cases, as with the other emotional causes, psychological intervention may be helpful.

Age: People tend to lose muscle and gain fat as they age. Their metabolism also slows somewhat. Both of these lower their calorie requirements.

Pregnancy: Women tend to weigh an average of 4-6 pounds more after a pregnancy than they did before the pregnancy. This can compound with each pregnancy. This weight gain may contribute to obesity in women.

Certain medical conditions and medications can cause or promote obesity, although these are much less common causes of obesity than overeating and inactivity. Some examples of these are as follows:

“Glands” (hormonal problems) are rarely the cause of obesity.

Obesity can be associated with other eating disorders, such as binge eating or bulimia. The distribution of your body fat also plays a role in determining your risk of obesity-related health problems. There are at least 2 different kinds of body fat. Studies conducted in Scandinavia have shown that excess body fat distributed around the waist (“apple”-shaped figure, intra-abdominal fat) carries more risk than fat distributed on the hips and thighs (“pear”-shaped figure, fat under the skin).

What is the public health impact of obesity?

The World Health Organization (WHO) predicts that overweight and obesity may soon replace more traditional public health concerns such as under nutrition and infectious diseases as the most significant cause of poor health. Obesity is a public health and policy problem because of its prevalence, costs, and health effects public health efforts seek to understand and correct the environmental factors responsible for the increasing prevalence of obesity in the population.

Solutions look at changing the factors that cause excess calorie consumption and inhibit physical activity. Efforts include federally reimbursed meal programs in schools, limiting direct junk food marketing to children, and decreasing access to sugar-sweetened beverages in schools and at homes.

Evidence to support the view that some obese people eat little yet gain weight due to a slow metabolism is limited; on average obese people have a greater energy expenditure than their thin counterparts due to the energy required to maintain an increased body mass.

Dieting and physical exercise are the mainstays of treatment for obesity. Moreover, it is important to improve diet quality by reducing the consumption of energy-dense foods such as those high in fat, in The Gambia, excessive use of palm oil and sugars in althaya tea and coffee,

In severe cases, surgery is performed or a stomach balloon is placed to reduce stomach volume and/or bowel length, leading to earlier satiation and reduced ability to absorb nutrients from food.

Through mechanisms sharing a common cause such as a poor diet or a sedentary lifestyle. The strength of the link between obesity and specific conditions varies. One of the strongest is the link with type 2 diabetes. Excess body fat underlies 64% of cases of diabetes in men and 77% of cases in women.

Health consequences fall into two broad categories: those attributable to the effects of increased fat mass and those due to the increased number of fat cells (diabetes, cancer, cardiovascular disease, non-alcoholic fatty liver disease). Increases in body fat alter the body’s response to insulin, potentially leading to insulin resistance.

The widespread availability of nutritional guidelines has done little to address the problems of overeating and poor dietary choice. From 1971 to 2000, obesity rates in the increased from 14.5% to 30.9%.

The primary sources of these extra carbohydrates are sweetened beverages, which now account for almost 25 percent of daily calories in young adults in . Consumption of sweetened drinks is believed to be contributing to the rising rates of obesity.

A sedentary lifestyle plays a significant role in obesity. Worldwide there has been a large shift towards less physically demanding work, and currently at least 60% of the world’s population gets less exercise. This is primarily due to increasing use of mechanized transportation and a greater prevalence of labour-saving technology in the home. In children, there appear to be declines in levels of physical activity due to less walking and physical education.

In both children and adults, there is an association between television viewing time and the risk of obesity. An increased rate of childhood obesity with increased media exposure, with rates increasing proportionally to time spent watching television.

Medical treatment of obesity focuses on lifestyle changes such as eating less and increasing activity level. There are medications that can promote weight loss, although they work only in conjunction with eating less and exercising more.

Most medications that promote weight loss work by suppressing the appetite. Some medications used in the past have been shown to be unsafe and are no longer available. The newer appetite-suppressing medications are thought to be safe, but they do have side effects and may interact with certain other drugs.

They are used only under the supervision of a health care provider. And a lower calorie diet a permanent part of a person’s lifestyle.  The main treatment for obesity consists of dieting and physical exercise. Diet programs may produce weight loss over the short term, but maintaining this weight loss is frequently difficult and often requires making exercise

Where in The Gambia you can receive more information about obesity?

I am certain that every medical professional (Doctors and trained Nurses) can actually advice you on diet and healthy lifestyle and also specialist at RVTH, MRC, several of NGO and private clinics for diagnose and possible treatment. 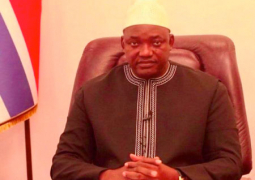 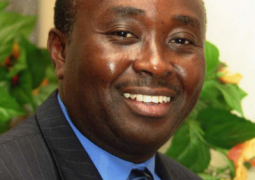