Three staff of the National Council for Civic Education, NCCE, were recently convicted and sentenced each to a fine of D10, 000 in default to serve six months in prison, by the Kanifing Magistrates’ Court.

Lamin Sanneh, Haruna S. Konteh and Jokunda Ceesay, convicted on a charge of theft, were also ordered to compensate the institution with D36, 000 each in default to serve twelve months in prison.

They were ordered to pay both the fine and the compensation within two months, and the court further ordered that they should be released on bail of D50, 000 each with one Gambian surety with an ID card, pending the payment.

According to the charge sheet, between 31 December 2008 and 31 December 2009 in the Kanifing Municipality, the convicted persons being employees of the NCCE, as Administrative Secretary, Accountant and Private Secretary respectively, jointly stole D106, 237.69 being the property of the NCCE. 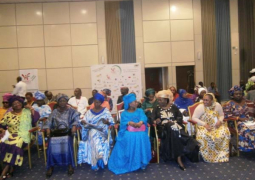