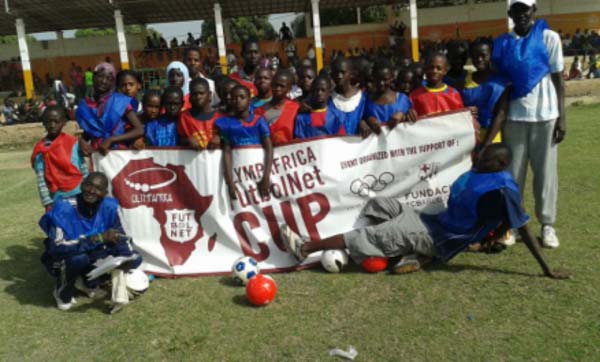 The 3rd edition of the Annual FutboLNet tournament organized by Serekunda East OlympAfrica Center with support from Gambia National Olympic Committee (GNOC) got underway on Thursday on 3 March 2016 at Serrekunda East Mini Stadium.

In total 28 schools, 16 Lower Basic and 12 Upper Basic schools are taking part in the month-long competition, slated to take place from 3 March to 3 April 2016.

Director Jarju added that the whole idea came from Barcelona football club in Spain, whereby a lot of African countries are now teaching their kids how to play FutbolNet.

It would be recalled that an international FutbolNet tournament was organised at the Serekunda East Stadium, Banjul, on 29 and 31 May 2015, pitting the following four Olympafrica Centres: Gandiaye and Somone from Senegal, Mansoa from Guinea Bissau and Serekunda East from Gambia.

The competition brought together the -14 and -16 categories. In the end, it was the Serekunda East Centre that carried the day in both categories.

Jointly sponsored by the IOC, the FC Barcelona Foundation and the Olympafrica Foundation, the FutbolNet programme uses football as a didactic tool to promote sports values such as team spirit, fair play and respect among youths.