The high court in Banjul presided over by Justice A.F. Taal recently granted bail to Edrissa Jobe, the former head of the special operations unit at the National Intelligence Agency (NIA).

The bail bond is in the sum of one million Dalasis with two Gambian sureties both of whom shall have a landed property within the Greater Banjul Area.

Edrissa Jobe is standing trial before Magistrate Hilary U. Abeke at the Banjul Magistrates' Court on two counts of being in possession of firearms without authority. Mr. Jobe pleaded not guilty to the charges.

He was first arraigned on Friday 18th June 2010, and subsequently remanded in custody.

Prosecutors on count one alleged that Mr. Jobe, being the head of special operations unit of the NIA failed to hand over an AK 47 rifle with 60 live rounds of ammunition issued to him while at the NIA, after being deployed to the National Drug Enforcement Agency. 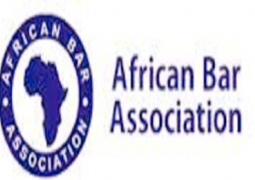