President Yahya Jammeh has pardoned a total of 19 prisoners in observance of the Muslim holy feast of Eid-ul-Fitr, the presidency announced Thursday night.

According to a news release from the presidency read on GRTS television, the move was in exercise of his prerogative of mercy vested on him under Section 82(1a) of the Constitution of the Republic of The Gambia (1997).

Those pardoned included 11 Gambians, 3 Senegalese, 3 from Guinea Conakry, one Bissau Guinean and one Liberian. 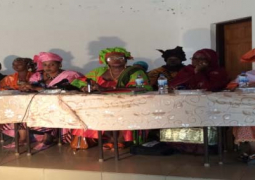 D1.6m handed over to women groups