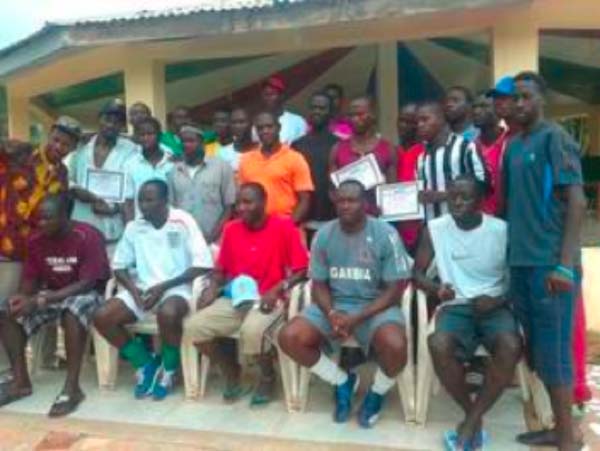 Eighteen football coaches from across the Fonis over the weekend completed a three-day basic coaching course jointly organized by the Greater Bwiam Youth and Sports Development Committee and the West Coast Region Football Coaches Association. The course, held at the Bwiam Lodge, drew coaches from FoniKansala and Berefet district.

The coaches were taken through the basic principles of coaching; who is a coach and qualities of a coach; principles of play; team building among other things.

Speaking at the closing ceremony, the coordinator of the course, Modou Nyassi, said he was delighted to see participants come from other districts to take part in the training. This to him shows that the people of Foni want to see football develop in their districts, he said.

“I am without doubts that you have taken a lot from this course. If you implement what you have learnt, hopefully we shall be better in the future,” he said.

He also urged the West Coast Region Football Coaches Association to extend their hand to other parts of Foni because according to him, they want to see Foni move forward in football.

Addressing the participants, the first vice-president of the regional football coaches’ association, Tapha Manneh, urged the coaches to utilize what was learnt. He said that during the three days, they as instructors had given their best to the participants.

“We might not be able to monitor your activities but I know your reports will reach us. We have given you our best; so take it back and use it to make your village or team stronger and better,” the Gamtel coach told participants.

“We will be pleased if one day we play against some of you. This is all possible but you must work hard for it.”

He also told participants to use the knowledge gained to produce national players as Foni has once produced good players for the various national teams.

Manneh also called on the coaches to avoid challenging referees, saying: “You must concentrate on making your own stars instead of going for stars from the Greater Banjul Area.”

The Secretary General of West Coast Football Association, EbrimaManbureh, outlined the importance of the training, saying: “This is the only way to develop football.”

He reminded the coaches of their role and called on them to be role models.

Declaring the training course closed, the first vice-president of the regional football association, Modou Camara, said his association was delighted that the regional coaches association and the Greater Bwiam Youth and Sports Development complemented their efforts.

He said they as an association know that they need to build the capacity of coaches and referees within the region referring to the training as a step in the right direction.

He also joined the previous speakers in urging the participants to replicate what they learnt in the three days to their teams and villages.

“Looking at the coaches that stood before you in these three days, I can confirm that you interacted with the best coaches in The Gambia, so go back and practise what you have learnt. Don’t keep things to yourself,” Camara said.

He also called on the other regions to emulate Foni Kansala District. 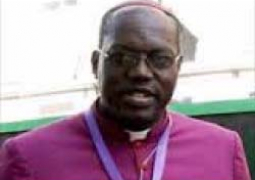