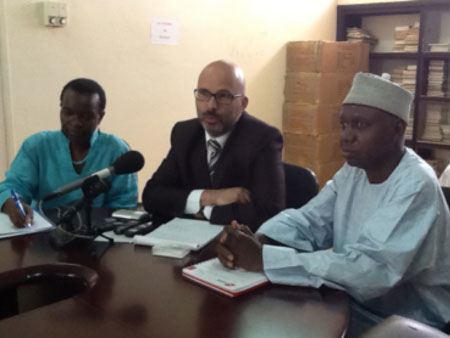 Mr Piper, who is also assistant secretary general of the UN, made the disclosure in a press briefing with journalists held at GAFNA conference hall on Wednesday 26 June 2013.

According to him, last year 18 million people across the region were affected by food insecurity, with 5 million children at risk of severe malnutrition and some half million refugees.

“We managed to help with the government some 200,000 people in the country in the 2012 crisis and managed to reach some 3,000 children that were at risk of severe and acute malnutrition,” he said.

He is also said the Mali situation has further caused more displacements both internally and externally whilst the situation in Chad has got worse in terms of the number of people affected by the conflicts in Sudan and Central Africa Republic.

“There are findings that even with good rains in many parts of the region, people are bouncing back the way they used to; they are not recovering from the last disaster because the disaster is getting closer and closer together and getting more intense,” Mr Piper noted.

Across the region this year it is found that more than 11 million people are food insecure and 5 million children are at risk of severe malnutrition in the Sahel region, while the region is still in crisis despite good rains.

For The Gambia the story remains also consistently the same as the rest of the region; at least 100,000 Gambians are considered to be at risk of series of food insecurity in 2013 and at least 30,000 of Gambian children are considered to be at serious and acute risk of malnutrition. This is a big number for The Gambia considering the population of the country of 1.7m (2003 census).

According to Mr Piper, some of the affected people are using coping strategies to be able to recover from the last crises. The region, he added, has appealed for $1.7b for humanitarian aid for 2013.

Out of the $15 million The Gambia requested for, UNICEF provided $300,000 to support children with malnutrition deficiency.

For his part, Essa Khan, FAO consultant, said Mr Piper had a very fruitful meeting with cabinet ministers and UN agencies and also had an interface with NGO communities to discuss relevant issues surrounding humanitarian aid.

These are all important sectors not only in the disaster and humanitarian responses but also generally in the area of disaster management and risk reduction, which subsequently leads to resilient building in the Sahel. 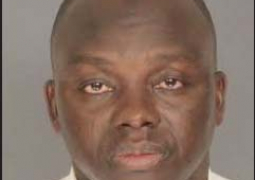